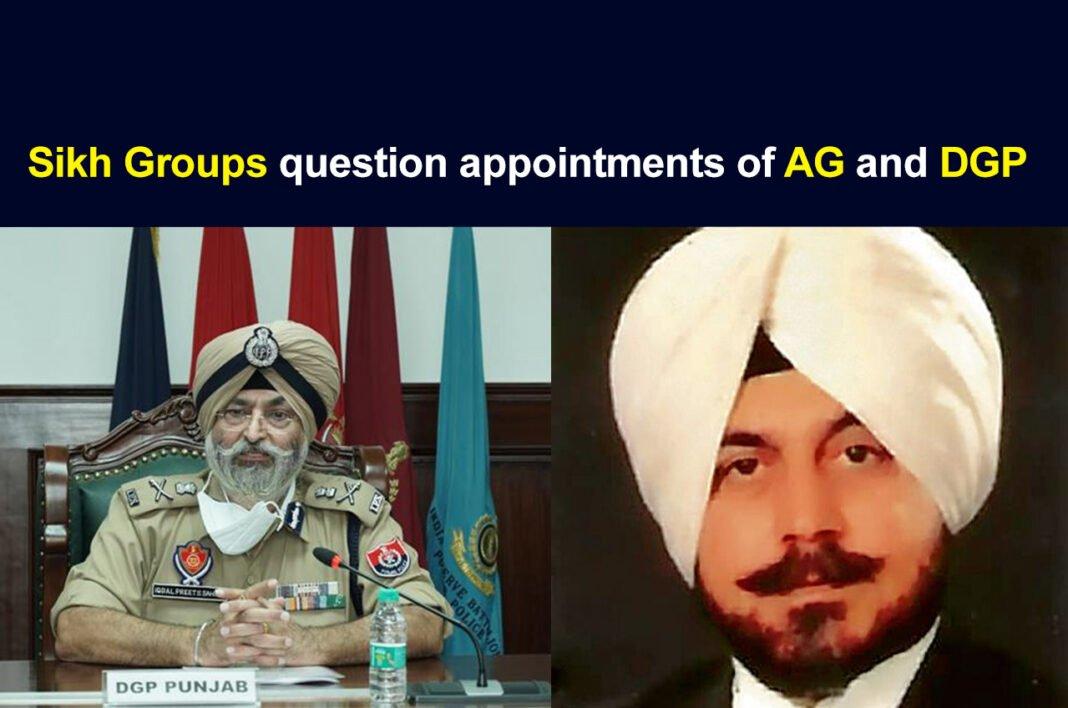 The Alliance of Sikh Organizations, a conglomerate of various Sikh Groups, demanded the withdrawal of appointments of DGP Iqbal Singh Sahota and AG AS Deol.

As per the reports, the Sikh organization has criticized CM Charanjit Singh Channi for backing up the accused of the sacrilege cases.

The political wing coordinator of the alliance, Sukhdev Singh Phagwara reportedly said that these appointments showed the intentions and the stand of the state government in the sacrilege cases.

He questioned the approach with which the Dera followers were interrogated by the SIT headed by current DGP Iqbal Singh Sahota in the same case. Further, he said that the SIT had also recommended the registration of the FIRs against ‘unidentified police officers’ responsible for the Behbal Kalan firing incident.

Phagwara also questioned the appointment of AS Deol as Advocate General, who was the counsel of former DGP Sumedh Saini, the accused of the Behbal Kalan and Kotakpura firing incidents. Further, he said that the last two CMs had lost their chair because of their approach to providing justice in this case. However, Channi had surpassed them by standing with the accused and appointing them to top positions.