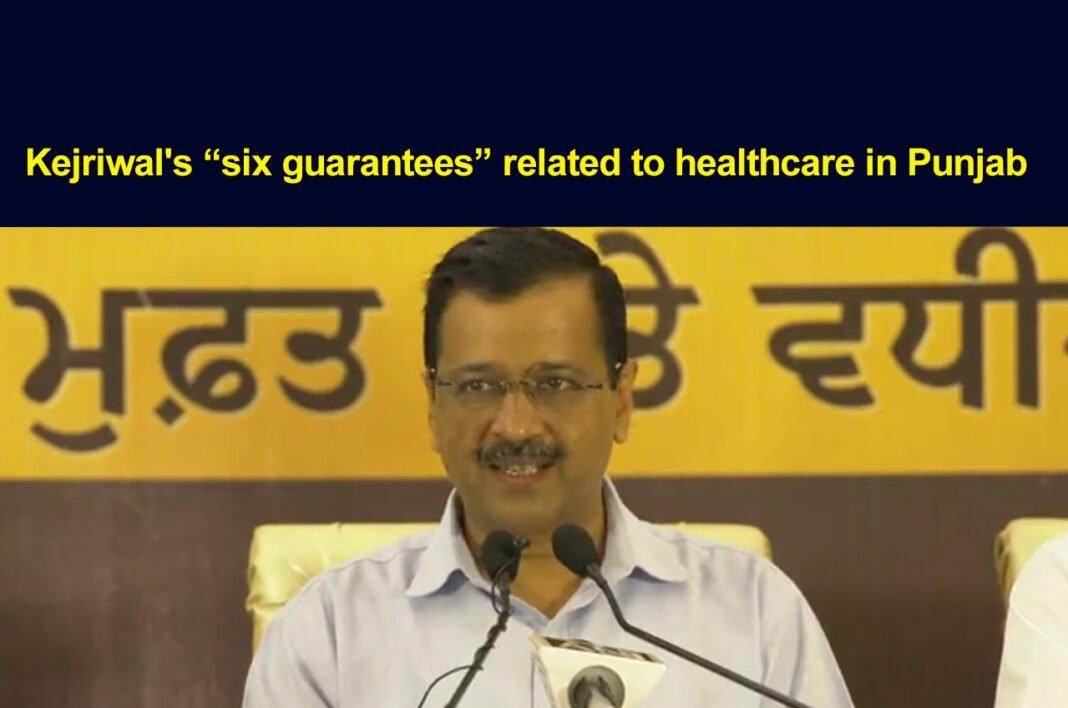 Delhi CM Arvind Kejriwal is on a two-day visit to Punjab ahead of the Assembly polls in 2022. On Thursday, September 30, he addressed the media in a press conference where he guaranteed 6 facilities related to healthcare to the people of Punjab.

He said that the government hospitals of Punjab, except PGIMER, are in a pitiable condition. Hence, the public had to pay a hefty amount to the private hospitals. Therefore, he offered six guarantees to the people of Punjab.

When asked about the CM face of AAP in Punjab, he said that at the right time, that would also be announced. Praising Punjab AAP leader Bhagwant Mann said, “He sacrificed his promising career in the entertainment industry for the betterment of Punjab. We will give you a great CM face that you will be proud of.”

Yesterday, he also met the industrialists in Ludhiana where he guaranteed eradication of corruption and inspector rule, 24-hour cheap electricity, better law and order.

In Uttarakhand also, Kejriwal had offered “six guarantees” related to employment to the local people. He visited the state on September 19.

Other than that, he said that Press Clubs will also be established in all the cities of Punjab. On Wednesday also, after landing at the Chandigarh airport, Kejriwal had given a “five-point agenda” to the current Chief Minister and asked him to work on it immediately.