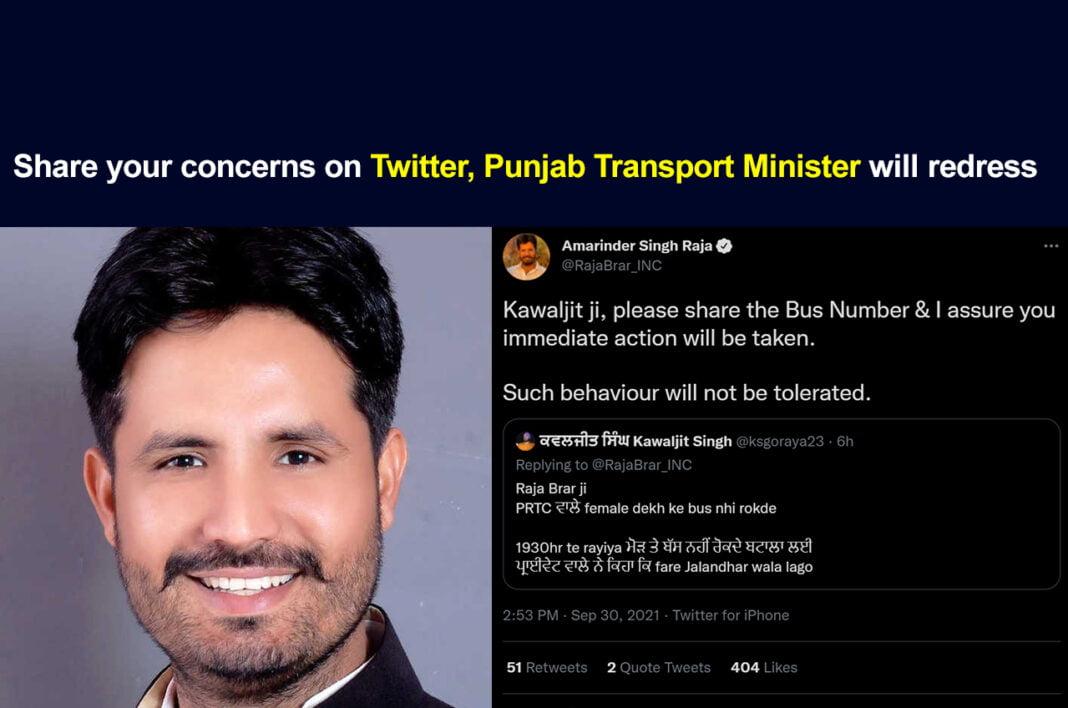 The newly-appointed Transport Minister of Punjab, Amarinder Singh Raja Warring has started redressing the grievances of people related to the buses and other public transport.

A number of people on Twitter were sharing their concerns with the minister. So, Warring took no time to ensure them of looking into the matters.

Sharing a problem with the minister, a Twitter user wrote that PRTC drivers do not stop the buses for the female passengers as they can ride for free.

Another user requested the minister to cancel the RTO fee being levied for the registration of electric vehicles. To this, Warring replied that he would look into the matter and see what best could be done.

Many others informed the minister about the issues that they face. Amarinder Singh Raja addressed some of them.

The minister also traveled in the PRTC bus from Rajpura to Patiala and interacted with the passengers to “understand the difficulties they face while using the public transport.”