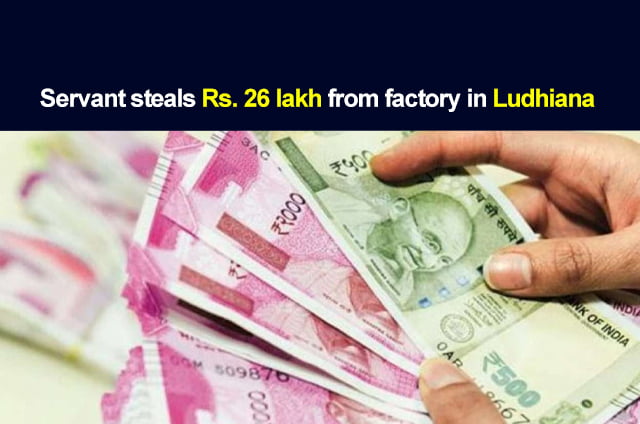 A servant of a renowned hosiery factory in Sundar Nagar Ludhiana steals Rs. 26 lakh cash from the office. Other than that, he also stole the cheques that were present in the office.

When the factory owner opened the door of his drawer to give payment to someone, he found no money. The servant was caught in the CCTV stealing the money.

The victim Amit Khurana, a resident of the Model Town area, filed a complaint to the police against his servant Rajesh Prajapati. He was a resident of Kharanti Toll Saifganj Jakhim of Aurangabad district of Bihar.

The complainant, Amit Khurana is the owner of Amit Enterprises situated in Sundar Nagar. On October 25, he received the payment of Rs. 26 lakh from one of his clients and kept it in the drawer at his office. He had to go somewhere for work. When he came back, he found that there was no money in the drawer. He immediately called the servant Rajesh and found that he was also not in the office. Then he checked the CCTV footage and saw Rajesh going stealing the money.

SHO Police Station Daresi Inspector Davinder Singh said that on the basis of CCTV footage found, the investigation is being carried out. The accused belongs to Bihar and a police team has been sent there as well to trace him.