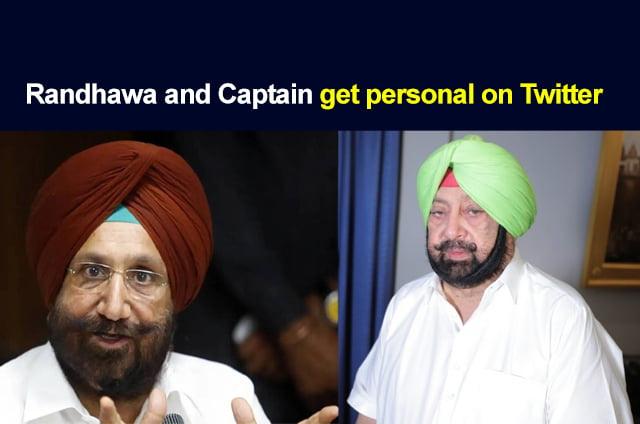 A Twitter battle was witnessed amongst the two senior political leaders on Friday evening. The media advisor of Captain Amarinder Singh Raveen Thukral, on his behalf, tweeted a picture of Aroosa shaking hands with the Congress Chief Sonia Gandhi. He captioned it, “Just by the way. (File Photo)” and tagged, the Indian National Congress, current CM Charanjit Singh Channi and Sukhjinder Randhawa.

Sukhjinder Randhawa had put out four tweets. In one of those, he asked formed CM why he was “perturbed’ over probe on Aroosa and ISI links. He wrote, “Who sponsored her visa and everything concerning her will be thoroughly probed.”

He also wrote that Amarinder Singh suffered because he failed to fulfill commitments even after taking the oath of “Gutka Sahib”.

To this, Captain Amarinder Singh replied if Sukhjinder has ever seen him perturbed over any issue. “Why don’t make up your mind on this so-called probe against Aroosa Alam”

He also dared Sukhjinder to swear on Guru Granth Sahib and deny both investigating officers of Bargari inquiry were appointed on his (Sukhjinder’s) recommendations.

Also read: “Why didn’t they speak when he was CM?”, asks Sukhbir Badal to Congress leaders pointing out Amarinder Singh