“Why didn’t they speak when he was CM?”, asks Sukhbir Badal to Congress leaders pointing out Amarinder Singh 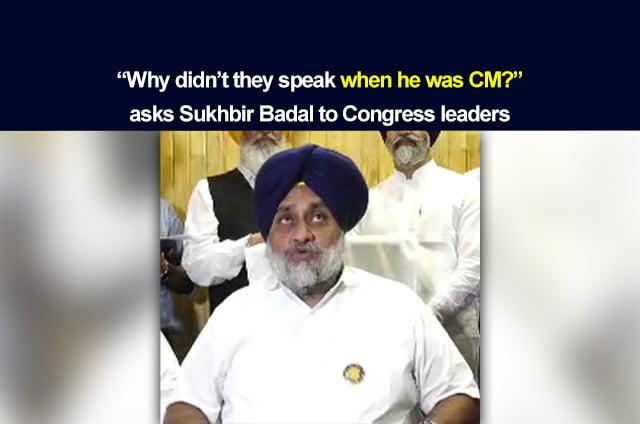 Sukhbir Singh Badal today said that he had been saying from day one that former Chief Minister Amarinder Singh was involved in forming the three farm laws. Now, as Amarinder Singh had announced the making of a new political party, the Punjab Congress leaders were exposing him.

Sukhbir Badal said that the current leaders in the Congress did not speak about Amarinder Singh when they were given ministries during his tenure as the CM.

“Why did not they speak at that time when the farm laws were being formed. Now they are saying that they are making settlements. Then why did you let 800 protesting farmers die?” he asked.

He also called Sukhjinder Randhawa “Lootera” (Robber), saying that he was the man behind the seed scam.

“Congress’ end is near. This is the last time of Congress and it would never come to power again,” Badal said.