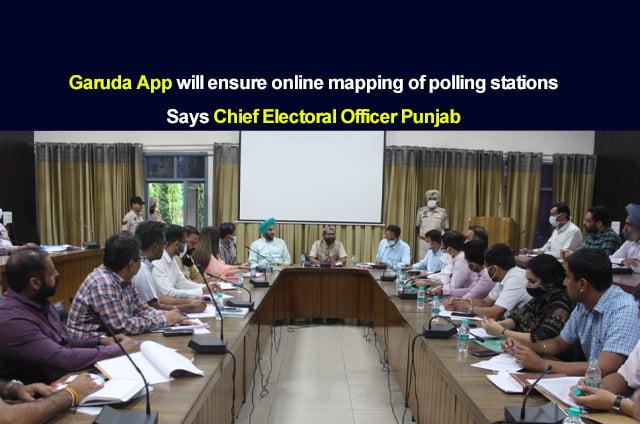 The Election Commission of India (ECI) has introduced Garuda app for digital mapping of all polling stations by adding latitude and longitude by the Booth Level Officers.

Interacting with media before holding a poll preparedness review meeting at PAU Ludhiana, Dr. S Karuna Raju said that through this app, BLOs would upload photos and location information of the polling stations from their registered mobile numbers.

He said that the app would help to minimize the paper works. The BLOs would be able to add voter names, deletion of names or modification of addresses in the electoral roll.

Further, he informed that the details of assured facilities including toilets, wheelchair, drinking water, electricity, sheds, chairs, ramps for differently-abled in polling booths would also be added there and can be checked online.

In the next three days, the ECI would complete the entire process in Ludhiana, Karuna Raju said.

Chief Electoral Officer Punjab informed that due to Covid-19 pandemic, the number of polling booths has been increased to 24,659 polling booths from 23,211 booths.