Modi was one of the “vocal champions” of the federal principle being Gujarat’s CM, says Sukhbir Badal 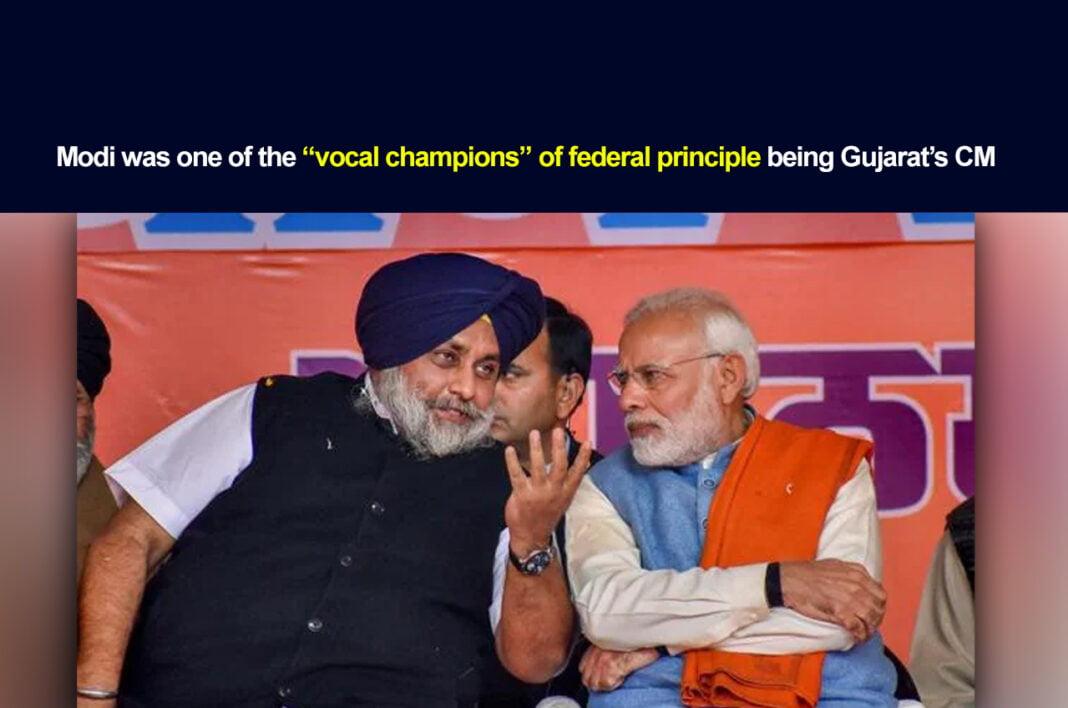 Other than that, he also appealed to the Prime Minister to repeal the farm laws.

In his letter, Sukhbir Badal wrote, “The 7th Schedule of the constitution which defines the demarcation of these powers clearly puts Agriculture and Law and Order in the State’s list with the state government having full autonomy in this sphere.”

Sukhbir Badal also said that it was surprising that the decisions regarding farm laws and BSF’s deployment have been taken during Narendra Modi’s tenure.

Further, he wrote that deploying BSF with sweeping powers amount to imposing President’s Rule through the back door.

It is to be noted that that BSF’s jurisdiction has been made uniform now in all the states. 50 kilometres of the area from the international border will now come under Border Security Force.

The BSF’s jurisdiction in Punjab, West Bengal and Assam has been increased to 50 kilometres. However, these orders reduce BSF’s reach in Manipur, Mizoram, Tripura, Nagaland, and Meghalaya by 30 kilometres. Similarly, the jurisdiction of BSF in Gujarat has been reduced from 80 km to 50 km. The area under BSF in Rajasthan remains the same.