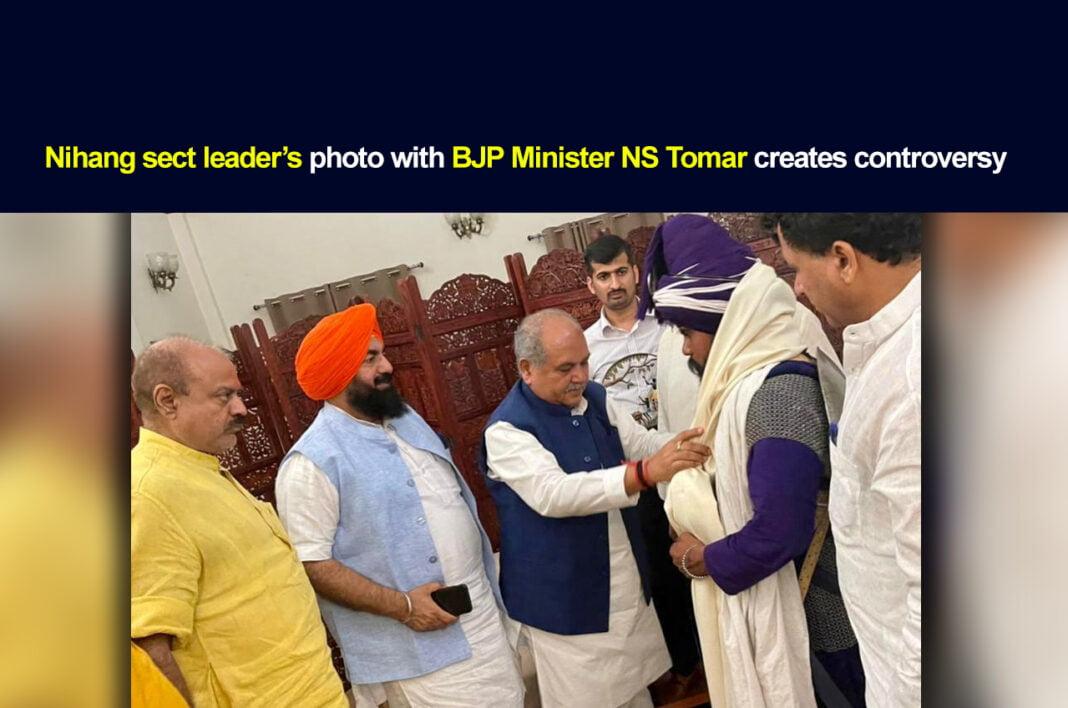 On Dussehra, a man from Punjab’s Tarn Taran was killed by Nihangs in the Singhu border. They had taken responsibility for the killing.

Now, several photos of Union Agriculture Minister NS Tomar has been surfacing on the internet where he can be seen sitting with Aman Singh, the leader of the Nihang sect at the Singhu border.

The sources suggest that Union Minister Gurmeet ‘Pinki’ and Sukhminderpal Singh Grewal of BJP Kisan Morcha reportedly met in a bungalow of Minister of State for Agricultural Kailash Choudhary in the national capital in July.

As per the reports by Tribune, Sukhminder Pal Singh Garewal said, “We held meetings to find a solution to firm stir that could vitiate communal harmony in the state. Baba Aman Singh also attended one such meeting as he wanted the issue to be resolved. The Ontario Sikhs and Gurudwara Council have been helping us in our endeavour.”

Share
Facebook
Twitter
Pinterest
WhatsApp
Previous articleHow did Vicky Kaushal react when he heard rumours of engagement with Katrina?
Next articleModi was one of the “vocal champions” of the federal principle being Gujarat’s CM, says Sukhbir Badal
- Advertisement -