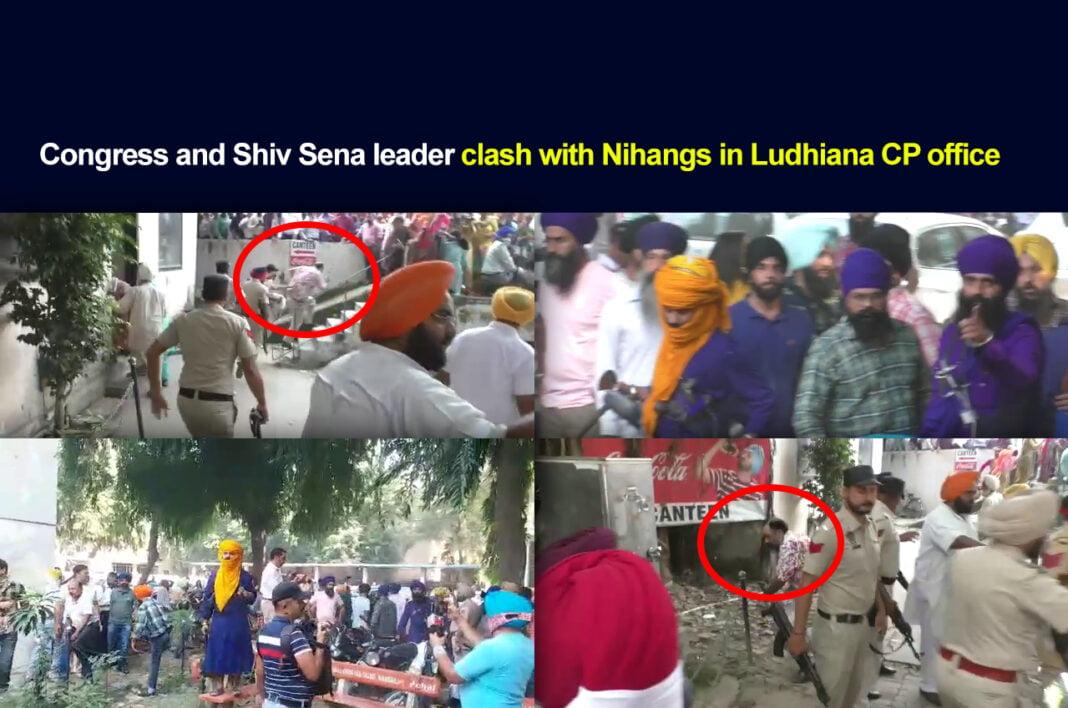 Congress leader Gursimran Singh Mand, who has been outspoken about the Nihangs, had to face the Jathebandis at Ludhiana Police Commissioner office on Thursday, October 21. He had visited the Commissioner’s office for some work and the Nihang group had also reached the place at the same time.

The Nihangs had gathered to demand an arrest of the person who had allegedly used derogatory words for Guru Nanak Dev’s parents. Congress leader Gursimran Singh Mand along with Shiv Sena Punjab leader Amit Arora had come to meet the Police Commissioner.

When both the groups faced each other, the quarrel started and all of them got involved in a verbal spat. The Nihangs tried to come near Gursimran Mand but his security personnel surrounded him. When Nihang Singh came forward, Congress leader Mand started running from the place. His turban fell down while running and he also hurt his knee. The Nihangs were later sent away from the spot.

The Nihangs have alleged that Gursimran started abusing them when he first saw them. On the other hand, Gursimran Singh and Amit Arora said that they were forcefully surrounded by Nihangs as they had just come to meet the Commissioner of Police. They also alleged that the Nihangs tried to kill them.

Later, senior police officers reached the spot and the situation was brought under control.