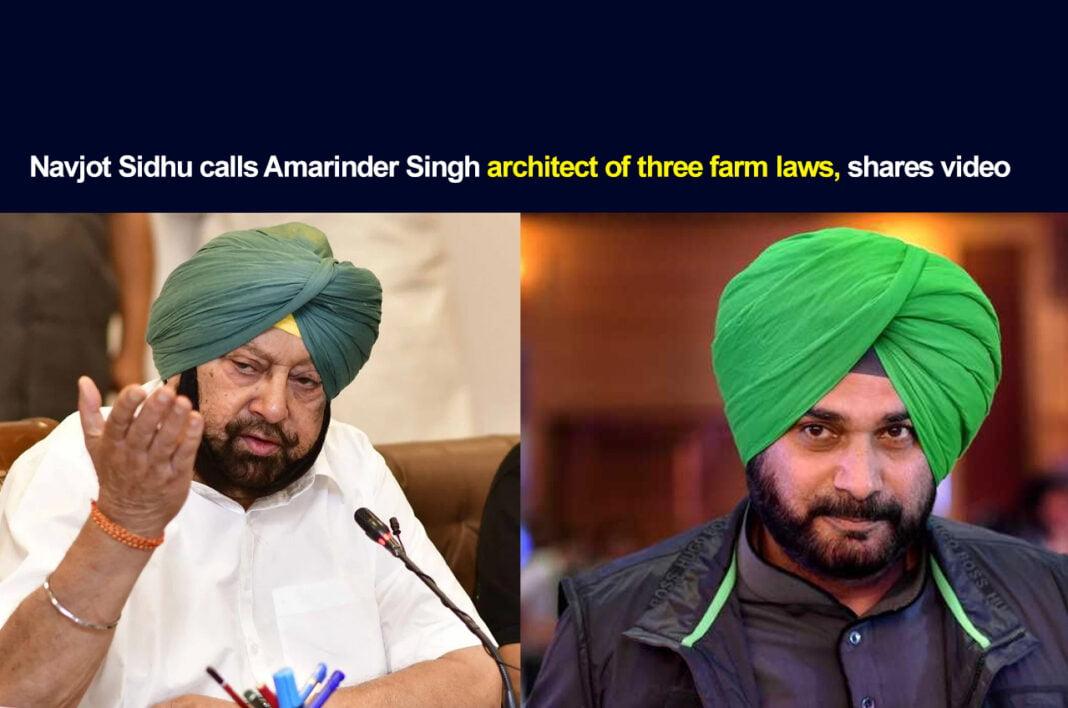 Punjab Congress leader Navjot Singh Sidhu has called Captain Amarinder Singh the architect of the three farm laws against which the farmers have been protesting for so long.

On Thursday, October 21, Navjot Singh shared a compiled video of Captain Amarinder Singh where he can be seen talking about his talks with Mukesh Ambani regarding setting food and grocery outlets in Punjab.

In the video shared by Navjot Singh Sidhu, former Chief Minister Amarinder Singh can be seen saying that he had called Mukesh Ambani. He talked about a program where Ambani’s would provide the seeds for crops to Punjab’s farmers, will look after the crop and then buy the final product to sell it to different parts of the country.

It is to be noted that Captain Amarinder Singh on Wednesday announced that he would soon resign from the Congress and make his new political party. Just a day after his announcement, Navjot Singh Sidhu has uploaded this video claiming that the former CM was the man behind the farm laws.