“The cat is out of bag now”, Harsimrat Badal on Amarinder Singh seeking alliance with BJP 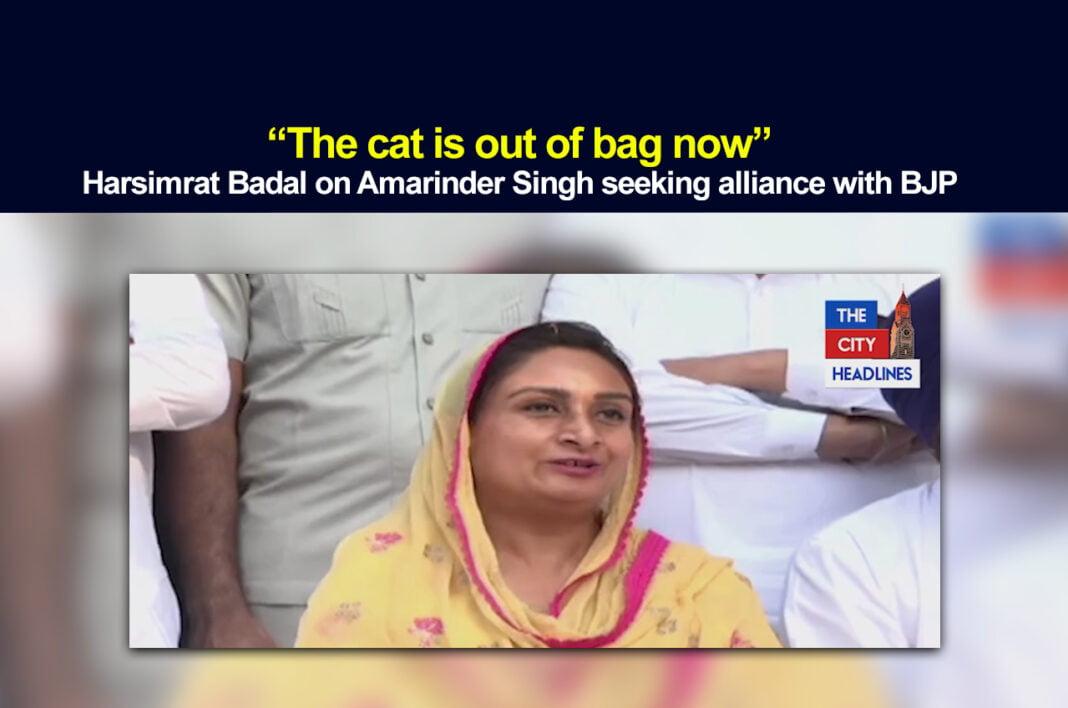 Shiromani Akali Dal leader and former Union Minister Harsimrat Kaur Badal on Thursday said that she was glad that “the cat has colluded”.

She was pointing out at the former Chief Minister Captain Amarinder Singh who recently announced that he would make a new political party. Also, he has said that he was seeking an alliance with the Bhartiya Janta Party for the upcoming Assembly Polls.

Addressing the media, Harsimrat Badal said that she was aware that Amarinder Singh was on BJP’s side. “I have been saying it for the last five years that he had been on BJP’s side. Just like BJP, he was not happy with the Kartarpur corridor. The whole Sikh community across the world was praising the decision and he (Captain Amarinder Singh) was talking about insurgency and terrorism.”

Harsimrat Badal also said that BJP leaders, especially PM Modi, who left no chance to downgrade the opposition, never said a word against the former CM of Punjab. “PM had said that Captain is an “independent soldier”. This “independent soldier”, collaborating with BJP, passed the Black laws (three farm laws) without letting people know about it.”

Now, it is clear that on whom tunes, Amarinder Singh was dancing,” Harsimrat Badal added.