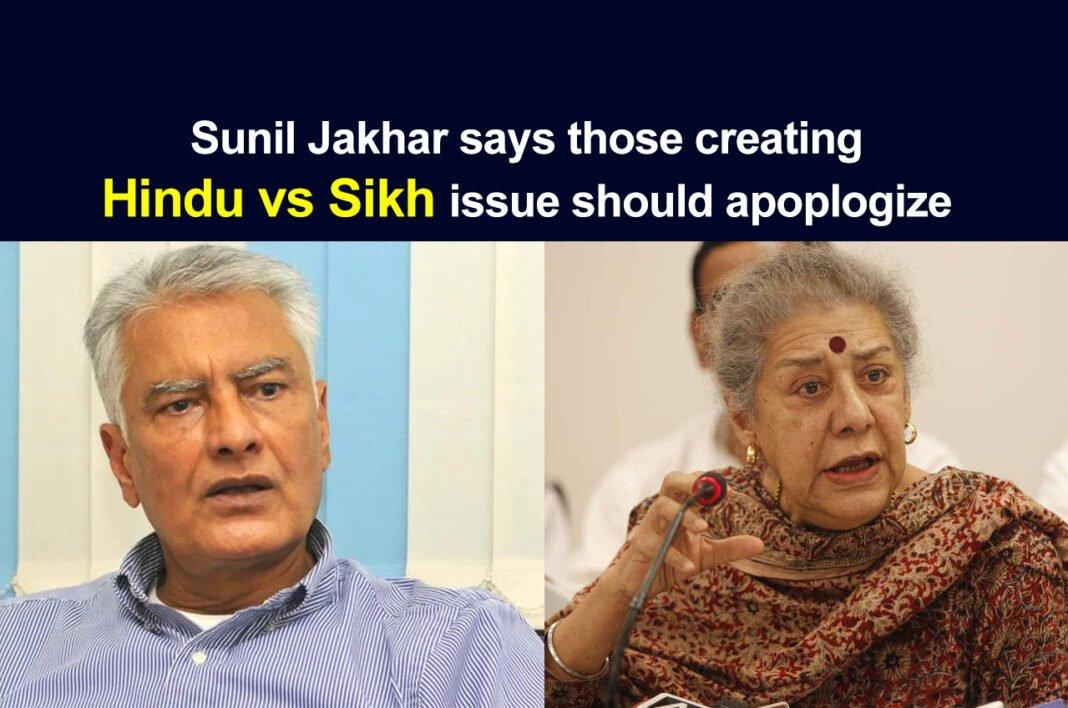 Former PPCC president and senior Congres leader on Monday reportedly said that the leaders who insulted Punjab by making a Hindu VS Sikh issue should apologize. It is to be noted that Congress Rajya Sabha MP Ambika Soni, who refused to be the CM of Punjab, had said that a Sikh should represent the state.

However, Jakhar did not name Soni. He said, “The making of the Hindu vs Sikh issue is an insult to the state of Punjab, which is so secular in character. In the past, we have faced so much in the state. It has to come back to normal with so much effort.”

Further, he said that Sonia Gandhi gave India Dr. Manmohan Singh. “Why did they not say the Sikhs were just 2 per cent?” Jakhar said.

He also took to Twitter and shared his thoughts regarding the Hindu vs Sikh issue.

As per the reports by The Indian Express, Jakhar went to say, “You may have a personal enmity, you take it out on me. But please do not put a blot on Punjab’s name. I must say that such people are pseudo-Punjabi. Your real face has come out. Some people show their true self like that.”