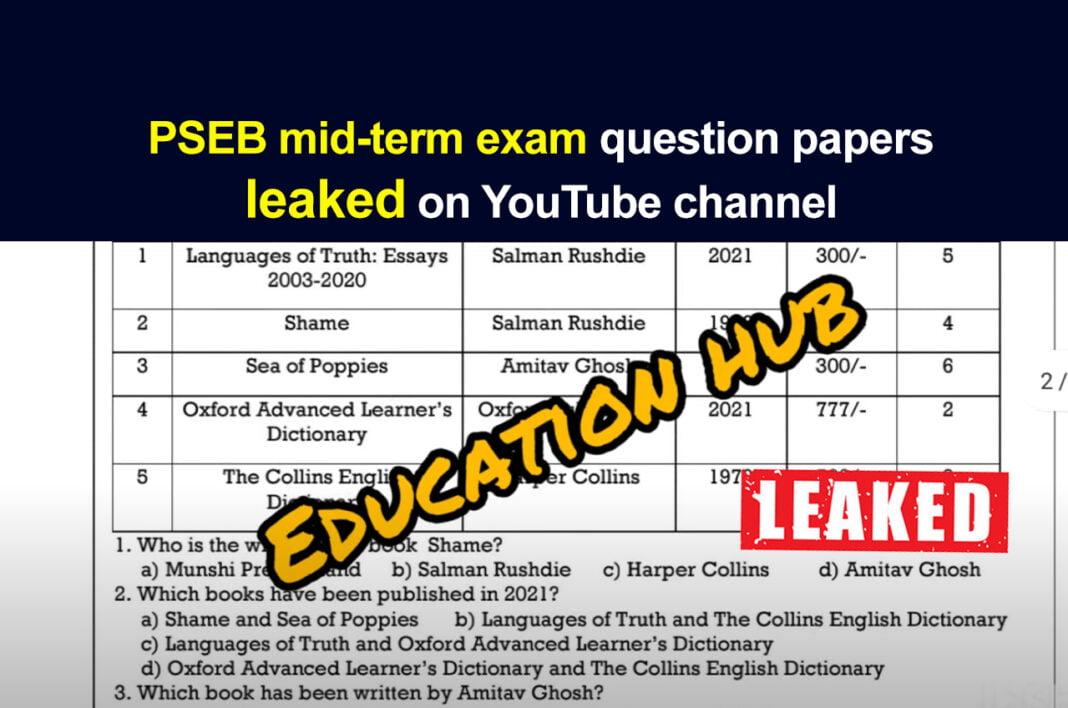 After Mathematics, the English question paper of PSEB Class 10 mid-term exams was also leaked. As per the reports, this time the question paper was leaked by a YouTube channel named ‘Education Hub’ on Monday. Not only of class 10 but question papers of several classes like 9th, 11th and 12th have been leaked on the channel.

People have been demanding several question papers in the comment section of the videos.

Anti-cheating teachers’ front president Sukhdarshan Singh reportedly said, “How can question papers be leaked on social media platforms? It looks like the education department is not serious in this regard and they are not even taking any action to our previous complaints. Identifying a person on social media is not difficult nowadays. The owner of the YouTube channel can be easily found just by pitching the IT cell.”