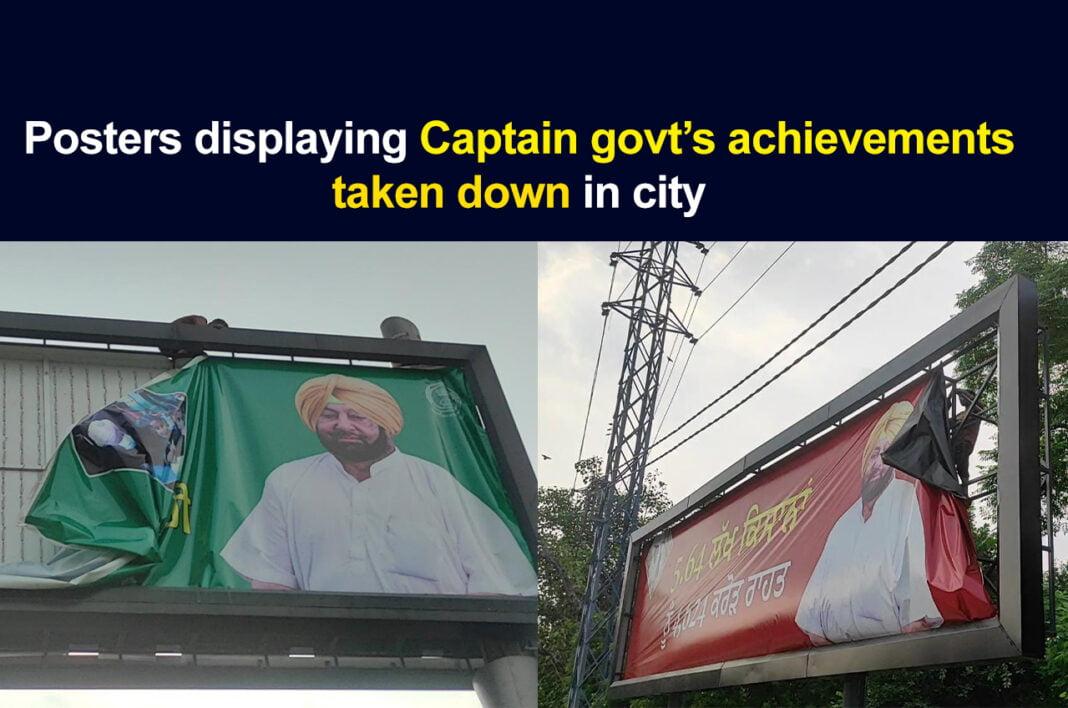 These posters were actually an effort to make people aware of what Amarinder Singh’s government had achieved in the last four and half years. As soon as the CM changed, these posters started disappearing from the city.

Not only in Ludhiana but these posters could be seen in different parts of Punjab. On some of these posters, stats related to several government schemes were also displayed. As the elections were coming close, the number of these posters was also increasing in the city.

However, now as Punjab has got a new CM as Charanjit Singh Channi, the old posters with pictures of Captain Amarinder Singh are taken down. As per the sources, arrangements are being made to install new posters with Channi and Sidhu’s pictures.