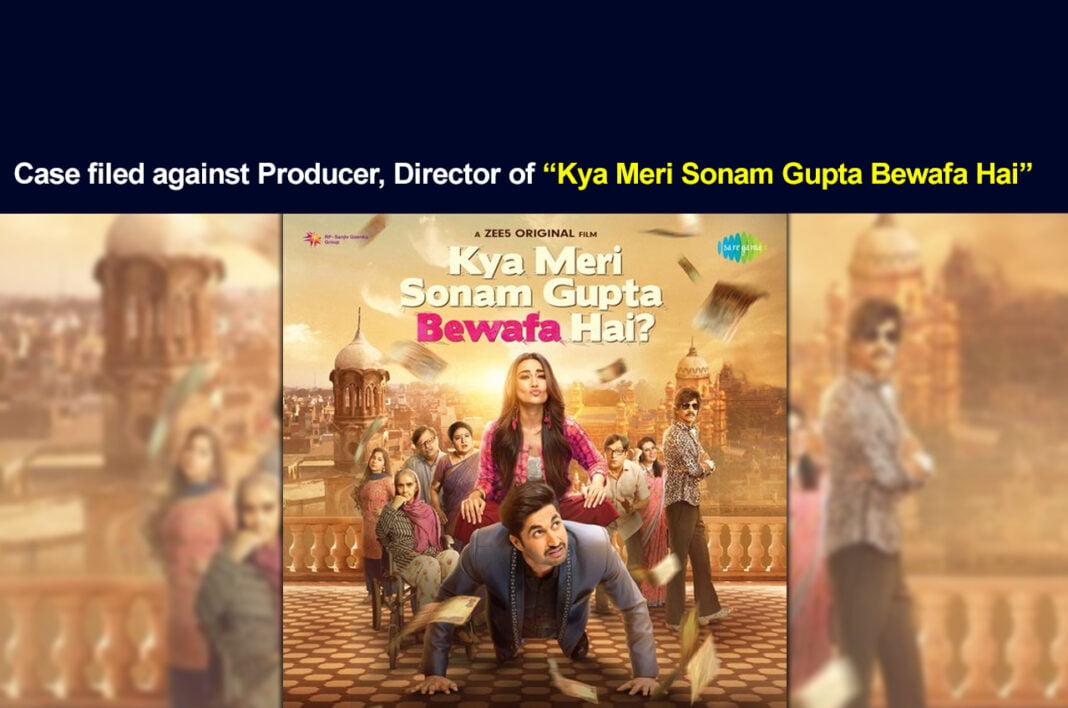 The movie “Kya Meri Sonam Gupta Bewafa Hai”, released on the OTT platform Zee 5 on September 17, is in controversy. The producers and the director of the movie starring Jassi Gil, Vijay Raaz, Surbhi Jyoti, Atul Srivastava, and other stalwarts, are in trouble.

A case has been registered against Producer Saurabh Tyagi, Director Mohammed Attarwala, Chirag Dhariwal, Dhawal Gada, and the owners of Zee 5 for hurting the sentiments of the Hindu community.

The Hindu outfit reportedly informed that in one of the scenes, vulgarity has been displayed during Goddess Durga’s Jagran. Other than that, the actors can be seen drinking alcohol during the Jagran, they said. Moreover, they informed that the filmmakers have disrespected Goddes Tara Rani’s story.

The Hindu Takht in Ludhiana had also recently protested against the movie and the delay in the actions being taken by the police authorities.