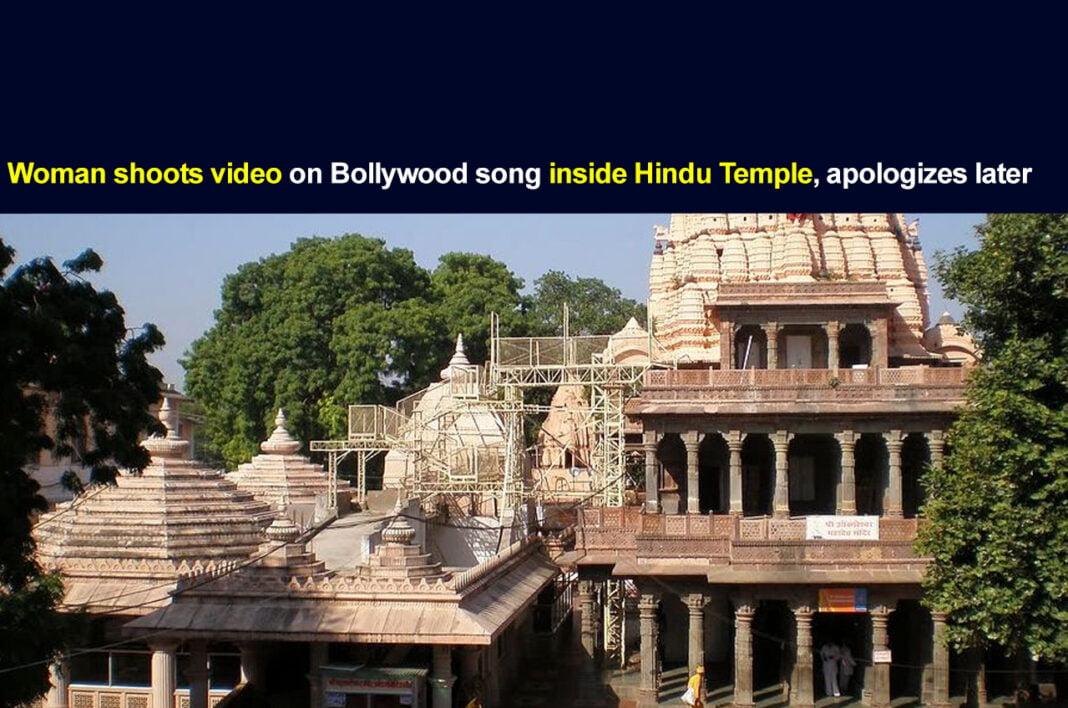 A woman from Indore reportedly shot a video on a Bollywood song inside the premises of Mahakaleshwar Mandir in Ujjain. She also uploaded the video over social media.

However, later she apologized for the video and claimed that the priests and the Hindu outfits did not like her actions. In the video, the woman was seen wearing a saree and lip-syncing a Bollywood song around the pillars of the temple.

Also read: See what happened after cricketer Deepak Chahar propose to his girlfriend

According to the report, she also issued an apology to the police. In a video statement, she reportedly said, “I had shot a video in the Ujjain Temple. It was not liked by the Hindu organizations and priests. They raised an issue over it. I did not mean to hurt anyone’s sentiments. I apologize and keep in mind that my actions do not hurt the sentiments of anyone in the future.”