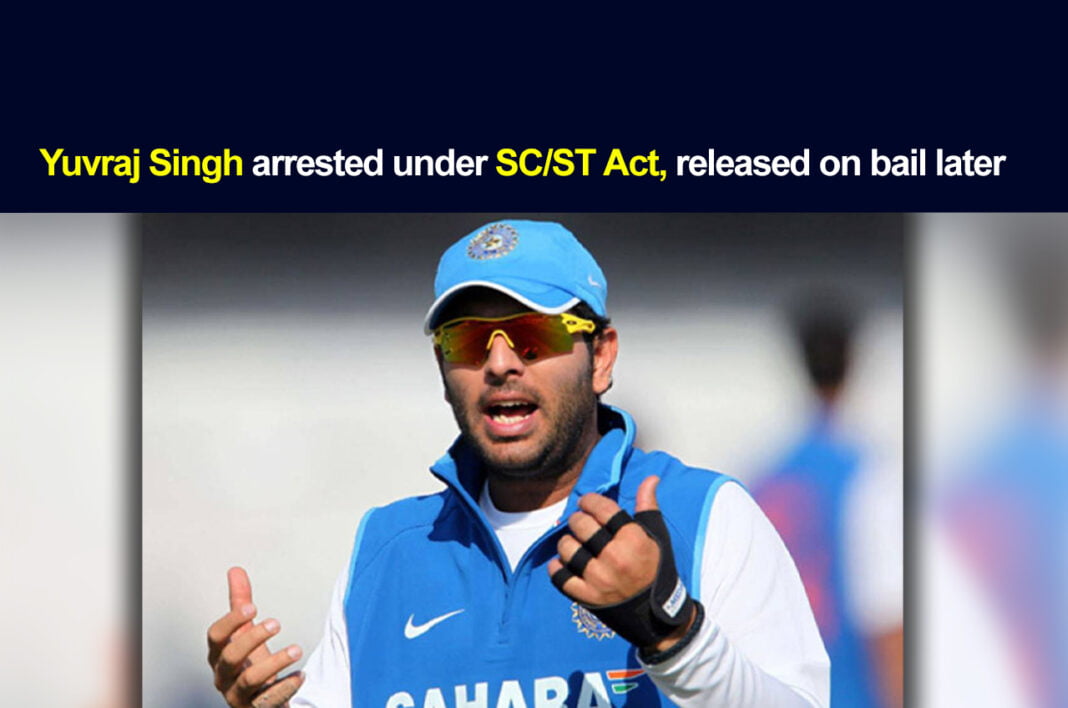 Former Indian cricketer Yuvraj Singh was arrested and then released on interim bail in Haryana on Saturday, October 16. He was reportedly arrested as a part of the investigation into a complaint that he had used a casteist slur during an Instagram Live with Rohit Sharma against Yuzvendra Chahal.

According to the reports, Yuvraj Singh was doing a live video chat on Instagram with Rohit Sharma where both the cricketers were discussing several aspects related to the game, the Indian team and the teammates. That was when they were seen discussing Yuzvendra Chahal’s TikTok videos as well.

Yuvraj Singh had earlier apologized for his remarks and reportedly said that he was misunderstood.

NDTV’s sources report that Yuvraj Singh appeared before the police in Hisar with four to five staffers, including his security personnel.

The reports suggest that a minorities’ activist named Raj Kalsan in Haryana had filed a complaint against Yuvraj Singh in February this year. He had reportedly demanded Yuvraj Singh’s arrest and registration of a case under the Schedule Castes and Tribes (Prevention of Atrocities) Act.