Strict action against those tying “Nimbu-Mirch” on their vehicles 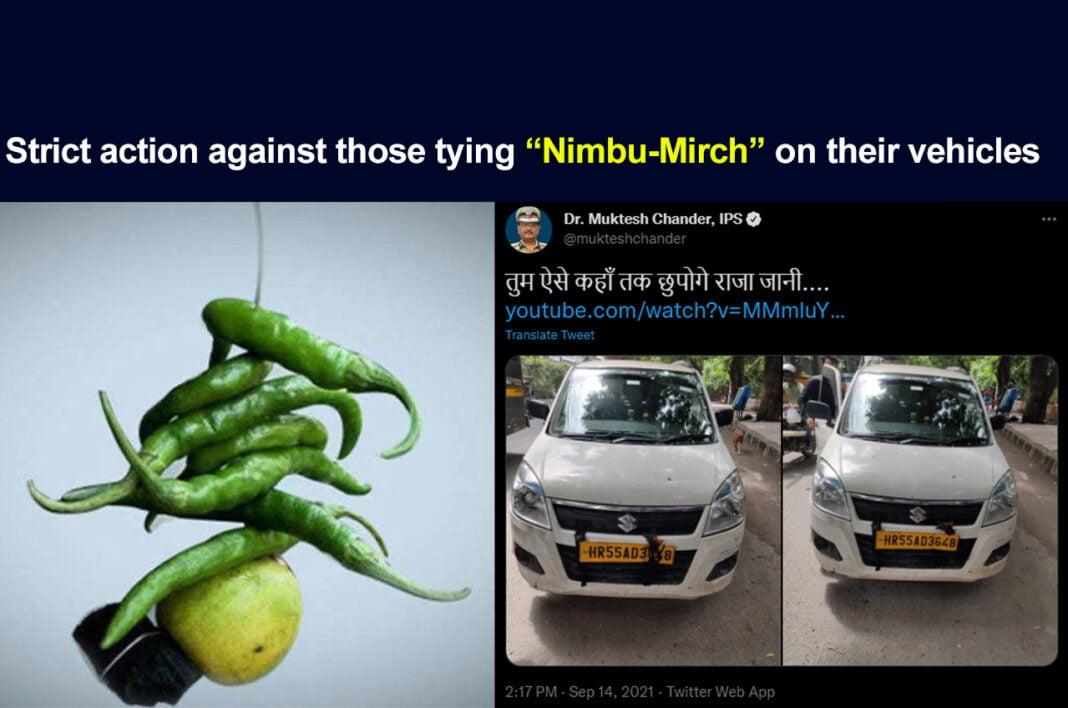 Delhi traffic police will now take strict action against those who tie ‘Nimbu-Mirch’ and black pieces of cloth on their vehicles to protect themselves from the evil eye.

Special Commissioner Traffic, Delhi, Dr. Muktesh Chander has issued orders to take strict actions against these vehicle’s owners. As per the reports, the drivers of such vehicles will have to pay a fine of Rs. 5,000.

Special Commissioner reportedly said that strict actions would be taken and even if anyone try to hide the number plates by any means, the police had robust software and the challans would be sent to their doorstep. He also shared some photos of such vehicles on his Twitter handle.

Media reports suggest that there is a fine of Rs. 5,000 for tampering with or hiding the number plate of the vehicles. Also, if a person makes the same mistake even after getting fined, the amount doubles.