UNGA President says he got Covishield from India and “survived” 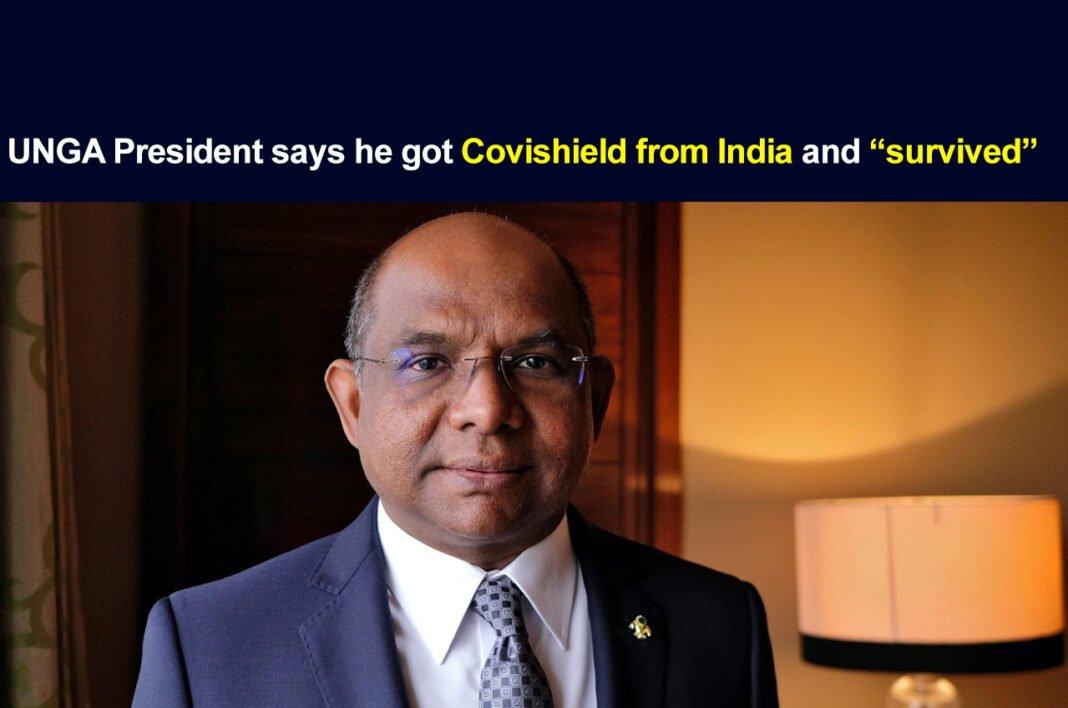 As per the reports, the UNGA President was replying to a question whether any specific covid-19 vaccine should be recognised and considered or only the ones validated by the WHO or any other group.

PTI reported that to this, he said, “On vaccines, that’s a very technical question you have asked me. I got Covishield from India, I’ve got the two doses. I don’t know how many countries would say that Covishield is acceptable or not, but a large portion of countries have got Covishield.”

Further, he said, “And I have survived. But let someone else, a medical person, make that call, not me.”