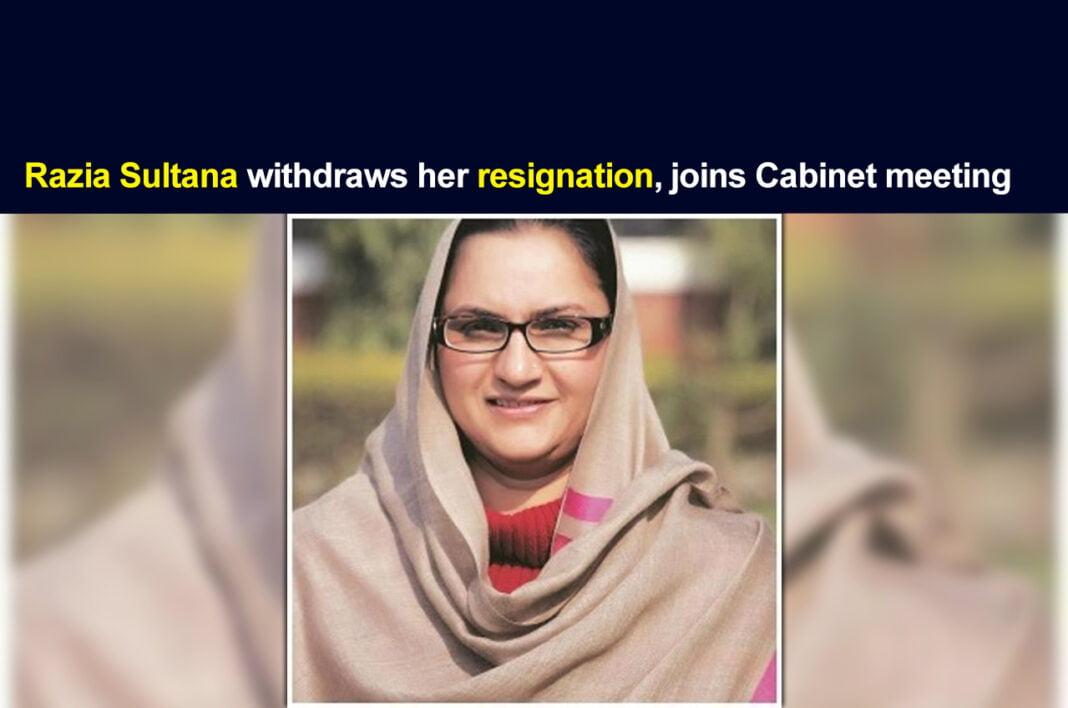 Razia Sultana, who had resigned from her post as a cabinet minister, has withdrawn her resignation as she joins the meeting on Monday, October 11.

The Cabinet meeting was held on Monday headed by Chief Minister Charanjit Singh Channi. Razia Sultana had resigned from the post in “solidarity” with Navjot Singh Sidhu, who had also resigned from his post of PPCC chief. Sultana had joined the meeting. However, she did not speak anything about whether Sidhu has withdrawn his resignation or not.