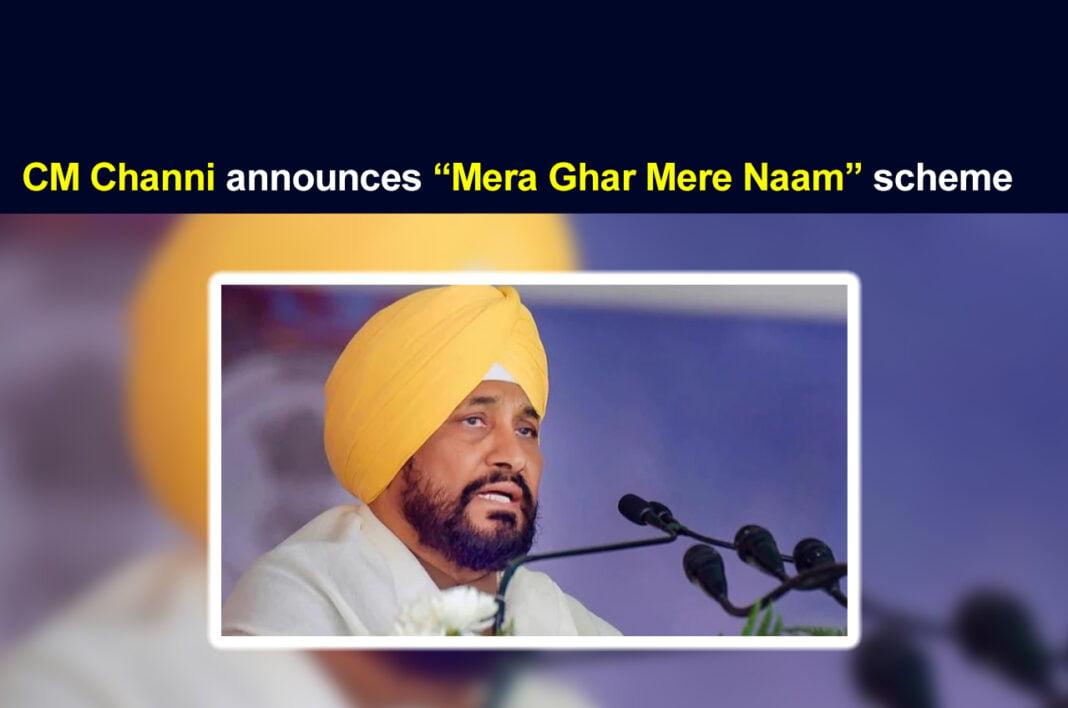 Punjab Chief Minister Charanjit Singh Channi held a cabinet meeting on Monday, October 11. After the meeting, he held a press conference and made several announcements.

CM has announced “Mera Ghar Mere Naam” scheme under which ownership rights will be given to the people living in “lal lakir” in rural areas for years. The beneficiaries under the scheme would get the properties registered in their names.

The reports suggest that the right of the record of properties within ‘lal lakir’ of the villages in Punjab will be collected with the cooperation of SVAMITVA (Survey of Villages and Mapping with Improvised Technology in Village Areas) scheme.

Lal Lakir refers to the area of a village that is inhabited and is not used for agricultural purposes. In the press conference, CM Channi informed that the map of each village would be made available to the public and objections shall be raised within 15 days.

Channi also said that the forms for the earlier announced electricity waiver are ready and 52 lakh families would be benefitted.