Rail Roko protest ends, Tikait says government has not spoken to us yet 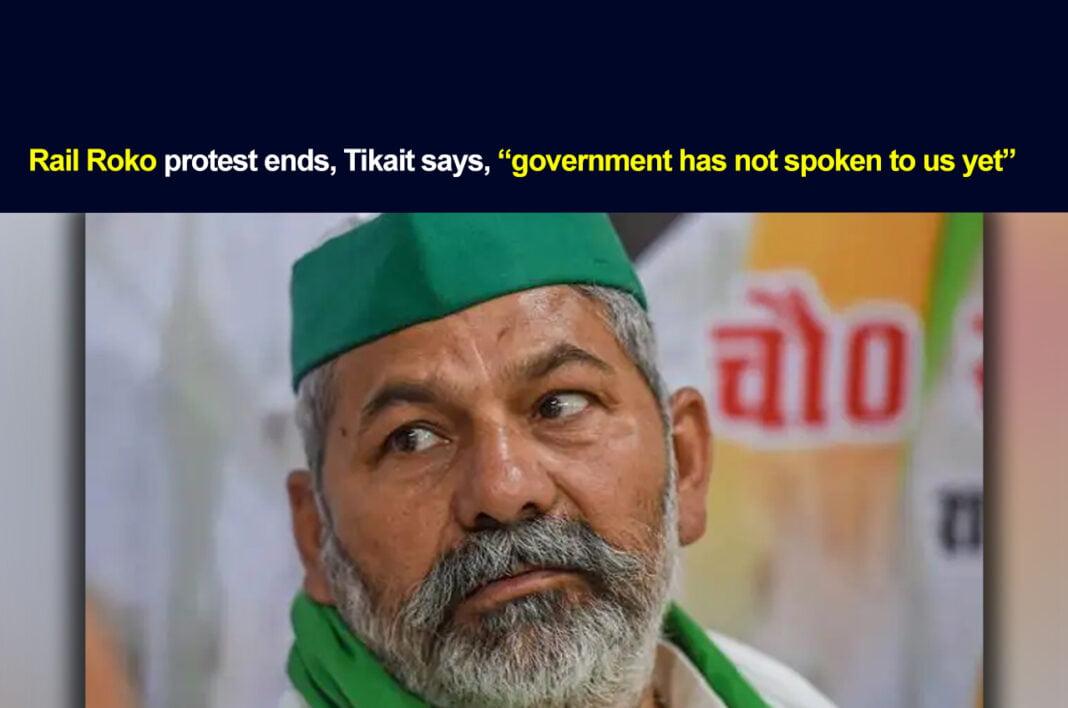 The Samyukta Kisan Morcha on October 18 staged a nationwide ‘Rail Roko’ protest demanding the dismissal of Union Minister Ajay Mishra, whose son was involved in the Lakhimpur Kheri incident.

All over the country, the farmers protested on the railway tracks because of which 7 trains were reportedly stopped before their destinations.

Bhartiya Kisan Union spokesperson Rakesh Tikait reportedly said that for the demand of Ajy Mishra’s dismissal, the government had not spoken anything to them.

In a conversation with ANI, Tikait reportedly said, “The ones who support the farmers’ movement know about the Rail Roko protest. However, the Central government has not talked to us yet.”

The Northern Railway reportedly said that around 50 trains were affected because of the ‘Rail Roko’ protest on October 18.