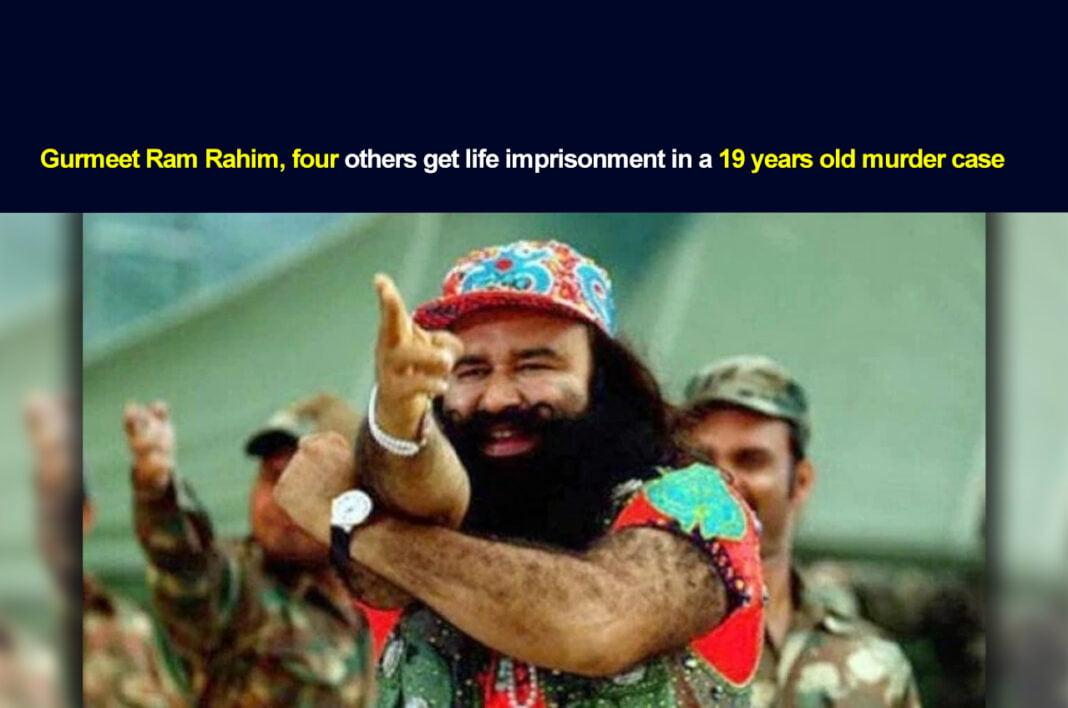 The special CBI court in Panchkula on Monday ordered life imprisonment of Gurmeet Ram Rahim and four others in the murder case of former Dera Sacha Sauda manager Ranjit Singh.

The court had convicted Gurmeet Ram Rahim and four others on October 8. In this 19 years old murder case, the four other accused are Avtar Singh, Krishan Lal, Jasbir Singh and Sabdil Singh.

According to the reports, 50 percent of this amount would be given to the family of the victim. Ranjit Singh was reportedly shot dead in the year 2002. He was also a follower of Ram Rahim.

It is to be noted that Ram Rahim has been lodged in Sunaria jail in Rohtak as he was convicted in the year 2017 for raping two of his disciples.