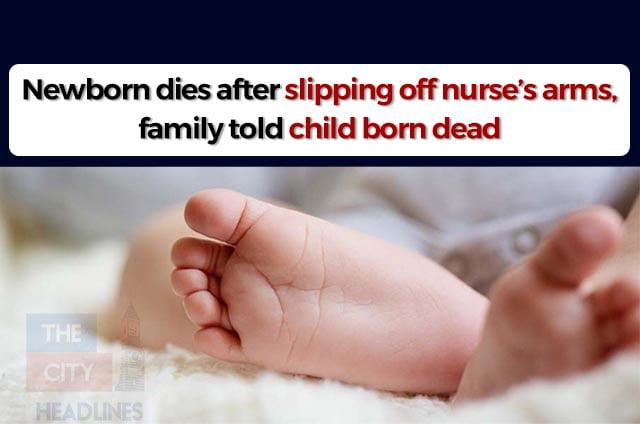 A shocking incident has come to the fore where a newborn child dies as he slipped off from the nurse’s arms. As per the reports, the incident happened in a private hospital in Lucknow.

The nurse reportedly picked up the child after the delivery and picked him up without wrapping him in a towel. That is when the child slipped off from the nurse’s arms and fell to the ground.

According to the reports, the post-mortem report confirmed that the infant died because of a head injury. The local police have reportedly filed a case against the nurse and the hospital staff.

On April 24, an FIR was lodged against the nurse and the hospital authorities. A case of death by negligence, criminal intimidation, and voluntarily causing hurt has been registered.

The father of the deceased baby reportedly filed a complaint with the police. He reportedly said that his wife Poonam was under serious trauma after the incident happened.

He alleged, “I was told that the baby was stillborn. However, when I talked to my wife, she said that the delivery was normal and she had seen the baby alive. Further, she said that she saw a nurse carrying her baby without a towel when he slipped through her hand. She screamed but the nurses threatened her to keep her mouth shut.”