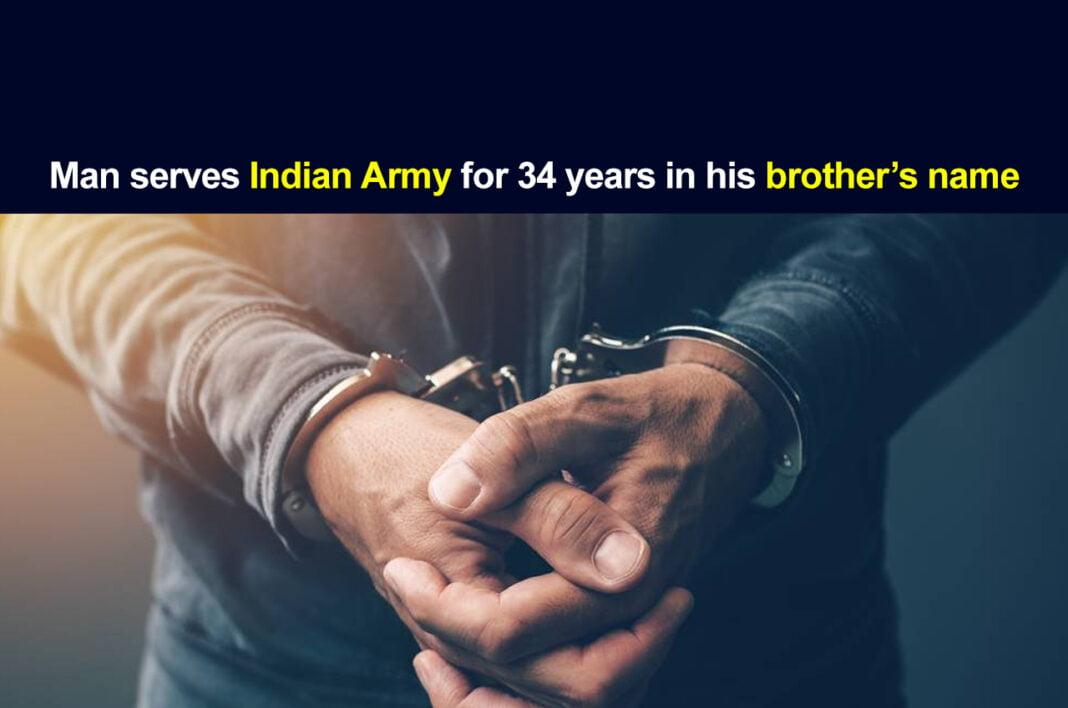 The Armed Forces Tribunal (AFT) had reportedly directed the Uttarakhand police to file a case against a man who allegedly served the armed forces for 34 years in his brother’s name.

According to the reports, Narayan Singh had enrolled himself in the Indian Army as Shyam Singh on November 30, 1982. There, he joined the 13 Guards Batallion and in the year 2001, he retired as Naik.

Later, he re-enrolled in DSC (Defence Security Corps) in the year 2002 and retired from there as well in the year 2018. The media reports suggest that his pension was stopped in the year 2017. The bank found two different PANs (Permanent Account Numbers) with the same name, father’s name and Date of Birth.

Later, it was found that Shyam Singh was the name of the accused’s younger brother, who had also retired after serving the Army for 20 years.

When the bank asked Shyam Singh to link his PAN with Aadhar, it was found that Narain Singh had already linked PAN with SBI’s Rampur branch of Almora district. Pensions of both the siblings were stopped and they moved to AFT.

After a trial of four years, the AFT Lucknow bench of justice Umesh Chandra and vice-admiral Abhay Raghunath Karve reportedly ordered Uttarakhand police to lodge an FIR against Narain Singh.

The court had observed that Narain Singh used the fifth grade marksheet of his younger brother to enroll in the Army.