Incident similar to Lakimhpur Kheri witnessed in Naraingarh | Details inside 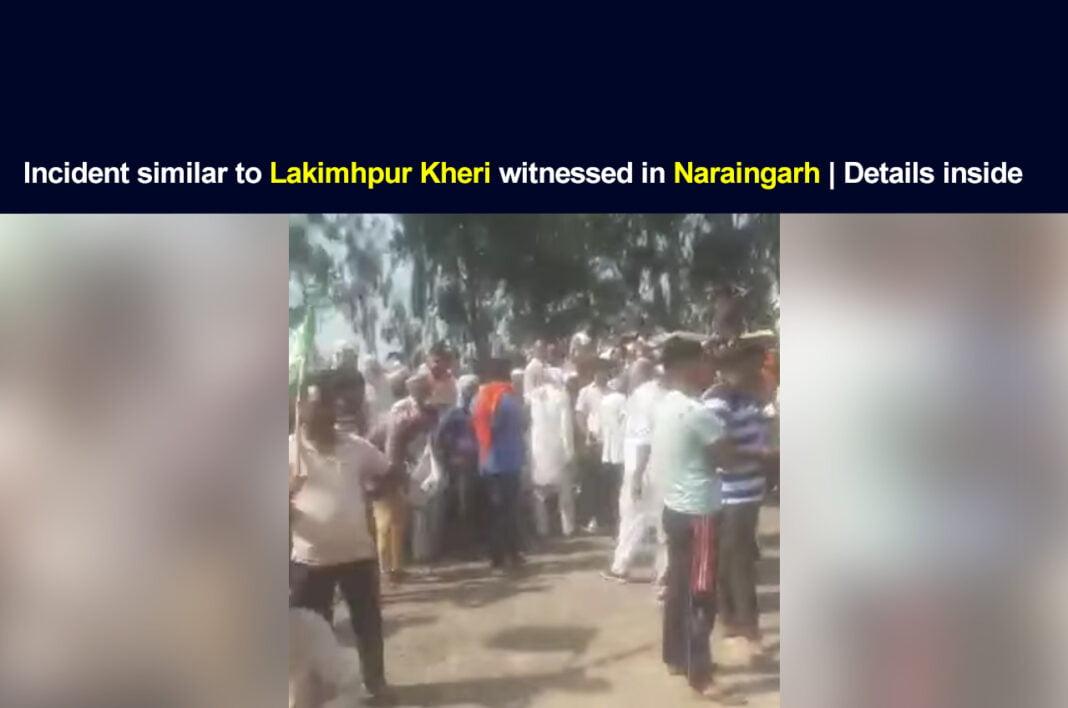 An incident quite similar to the Lakimhpur violence that happened on October 3, was witnessed in Haryana’s Naraingarh on Thursday.

A protesting farmer was injured after he was allegedly hit by a convoy of BJP MP from Kurukshetra, Naib Singh Saini.

Just like Ajay Mishra refused that his son was not present on the spot during the incident, Naib Singh also refused the allegations. In fact, he reportedly alleged that the protesting farmers attacked the driver. Complaints have reportedly been filed by both parties.

The reports suggest that Naib Singh Saini was there to attend an event organized by the local Saini community. The farmers had alleged that one of those protesting was hit by Toyota Innova in the convoy when Saini was leaving the event.

The district president of the Bhartiya Kisan Union, Malkit Singh reportedly said that a serious incident was averted and Bawan Preet Singh of Yamunanagar received minor injuries. He was not taken to the hospital.

Further, he informed that Saini had left the place when he reached and was not in the vehicle that hit the farmers. The farmers had filed a complaint with the DSP. They would protest outside the police station on October 10 if no action would be taken.

On the other hand, Saini alleged that no farmer got injured. However, his driver was attacked. According to the reports by Hindustan Times, he said, “I along with transport minister was leading the convoy. An Innova was left behind. The protesting farmers followed it thinking that I was in the back seat and instead attacked my driver.”