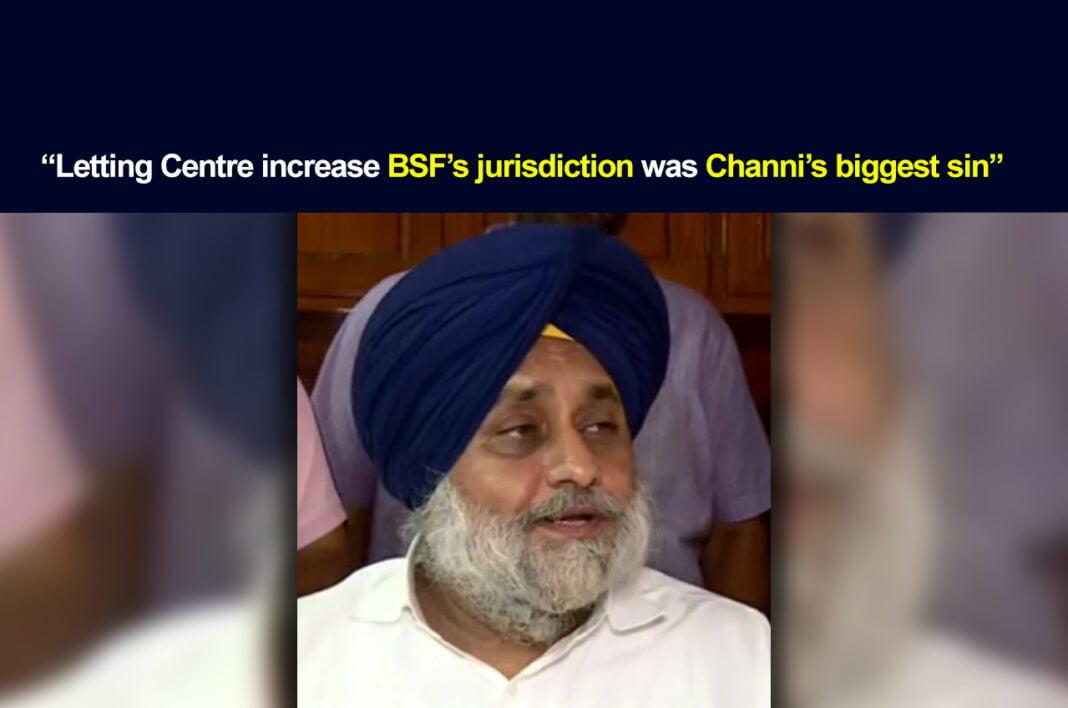 Shiromani Akali Dal president Sukhbir Singh Badal once again lashed out at the Punjab Congress for letting the state go into the hands of the Central government as the BSF’s jurisdiction area has been increased now. Addressing media in Ludhiana on Saturday, he said that it was CM Channi’s biggest sin to let Centre take this decision.

He said, “Now, BSF can come to the Golden Temple, Durgiana Mandir anytime. In Amritsar, they can come to your house and detain you anytime. Then what is the purpose of the Punjab Police?”

Sadly, the Punjab government is not fighting against the Centre’s decision and the CM is travelling in helicopter. They (Punjab Congress) have ruined the state,” Badal said.

Speaking on CM’s decision of waiver of the pending electricity bills, Badal said that there was no need to get the forms filled by the beneficiaries. He said, “The bills can even be waived off with just a click. There is no need of getting forms filled. If they want you to fill the forms, it means that they are trying to con you.”