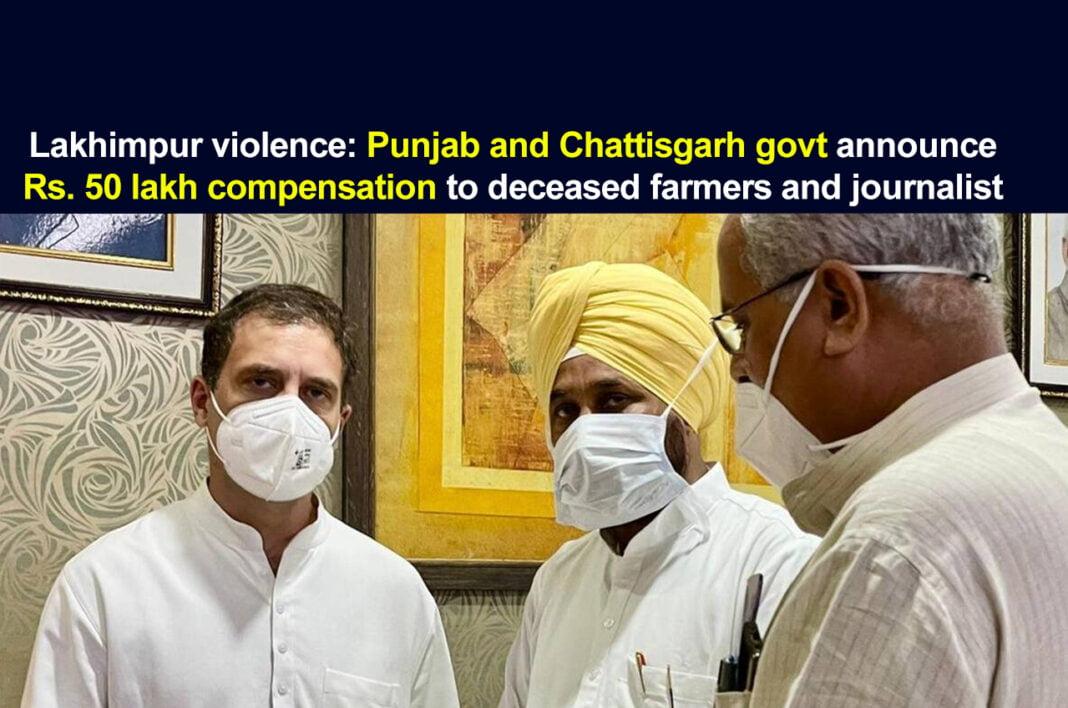 Punjab Chief Minister Charanjit Singh Channi on Wednesday announced a compensation of Rs. 50 lakh to the families of the farmers who died in Lakhimpur Kheri. CM took to Twitter and gave information about it.

Other than the four deceased farmers, Channi has also announced compensation for the journalist who died during the violence. The deceased journalist was identified as Raman Kashyap, a resident of Nighasan.

Other than Punjab Government, the Chhatisgarh government has also announced the same amount of compensation to the deceased farmers and the journalist.

Earlier, the Uttar Pradesh government had also announced a compensation of Rs. 45 lakh to the farmers who died.

As many as eight people died in Lakhimpur violence. The media reports suggest that the deceased farmers were identified as Lovepreet Singh, Nachattar Singh, Gurvinder Singh and Daljeet Singh. The other four who died include two BJP workers, a driver of Union Minister of State Ajay Mishra and Raman Kashyap, the journalist.

The former three were allegedly lynched by the protesting farmers while the latter journalist reportedly died after being hit by a vehicle while covering the protest of the farmers.