Lakhimpur violence: FIR against Ajay Mishra’s son and 15-20 others 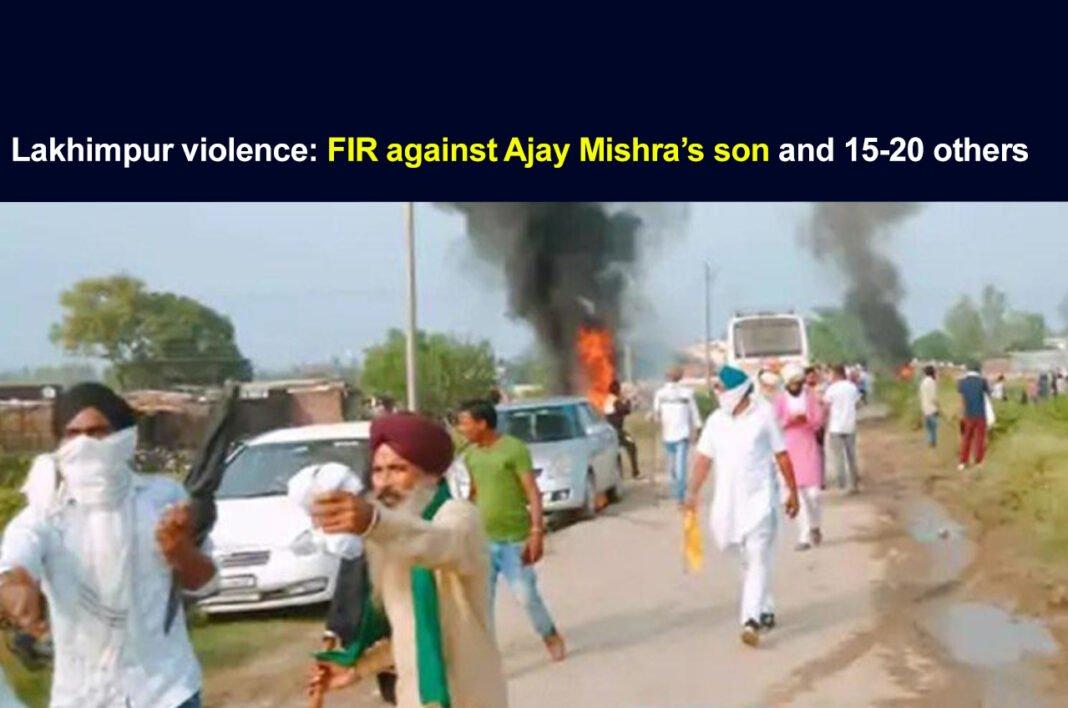 An FIR has reportedly been filed on Monday, October 4, against Union Minister of State Ajay Mishra’s son, Ashish Mishra and several others in connection with the Lakhimpur Kheri violence at Tikonia Police Station. IG Range Lakshmi Singh reportedly said that Ashish and 15-20 others have been booked under sections 147, 148, 302, 130 B, 304A of IPC.