Jaswinder Singh: The Sena medal awardee who lost his life in Poonch encounter 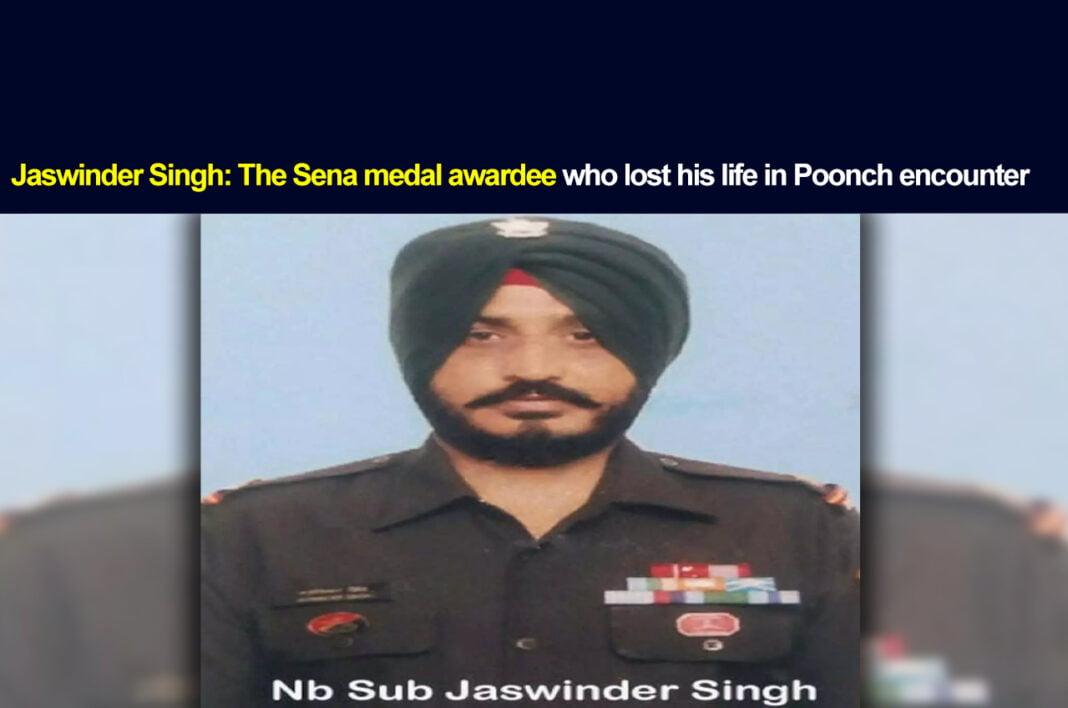 Five of the Indian Army personnel lost their lives in an encounter with the hiding militants in the Surankote area of Poonch on Monday. One of them was Naib Subedar Jaswinder Singh from Mana Talwandi village of Punjab’s Kapurthala district.

A Sena Medal awardee, he had earlier killed three terrorists in Jammu and Kashmir. 39-year old Jaswinder Singh was about to visit his home for a ceremony to be held for his late father. However, yesterday, in Poonch, he succumbed to militants’ bullets.

He was survived by his wife Sukhpreet Kaur, mother Jaswinder and two children Harnoor Kaur (11) and Vikramjeet Singh (13). Jaswinder Singh’s father, who recently died, had also served in the Indian Army. He reportedly retired as Captain (Honorary). Other than his father, his elder brother Rajinder Singh had also retired from the armed forces in the year 2015.

In the year 2001, Jaswinder Singh joined the forces just after completing his 12th standard. He was the youngest of three siblings. In May this year, he last visited the family when his father died. Also, he had to come home for a ceremony that was scheduled for November 1-2.