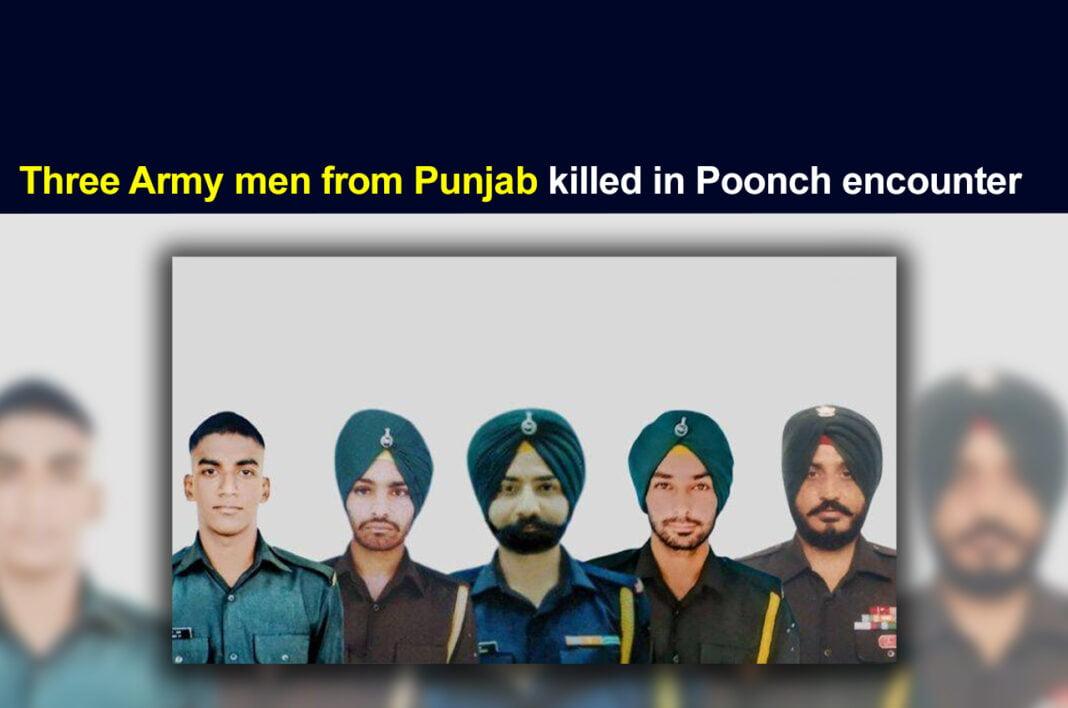 As many as five Army personnel, including a Joint Commissioned Officer (JCO) died in four different encounters between the security forces and the militants hiding in Jammu and Kashmir on Monday.

The security forces also killed two militants. The reports suggest that operations were initiated in a village close to DKG (Dara Ki Gali) in Surankote in the early hours of Monday, October 11. All the five Army men were heavily injured and succumbed in a nearby medical facility.

According to the reports, three of the five deceased were from Punjab. They have been identified as Naib Subedar Jaswinder Singh, Naik Mandeep Singh, and Sepoy Gajjan Singh. Other than them, Sepoy Saraj Singh from Uttar Pradesh and Sepoy Viasakh H from Kerala were killed.

Jammu-based Army Spokesman Lt. Col. Devender Anand told The Hindu, “The Army on Monday launched a cordon and a search operation in villages close to Dara Ki Gali in Surankote Area of Poonch. Based on the intelligence inputs, the search operations were initiated. In the ensuing firefight, one JCO and four jawans suffered critical injuries. They were evacuated and rushed to a nearby medical facility. However, they died of their injuries.”