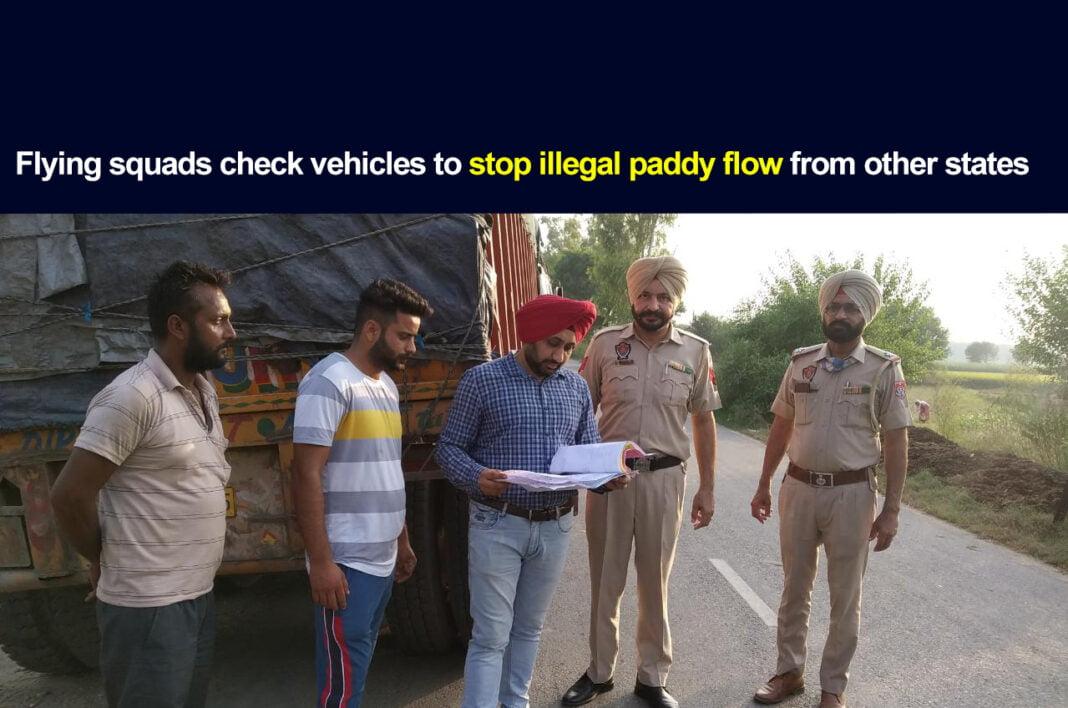 The flying squads constituted by the Ludhiana administration are continuously keeping a vigil on the trucks and other heavy vehicles to prevent the illegal flow of paddy from other states.

Disclosing the details, Deputy Commissioner Ludhiana, Varinder Kumar Sharma said that the teams are putting special nakas round the clock on all the entry points of the city where vehicles are being checked by joint teams of civil administration and police officials.

He stated that 18 teams comprising officials from Civil Administration, Police, Food and Civil Supplies Department, and Punjab Mandi Board have been formed to ensure that every heavy vehicle is checked.

Deputy Commissioner added that these flying squads would continue their operations till the completion of the ongoing procurement season. He also said that the decision to check the illegal flow of paddy was taken in the larger interest of the state’s peasantry as several cases of illegal transportation of paddy into Punjab had been reported by the authorities in the past few years.