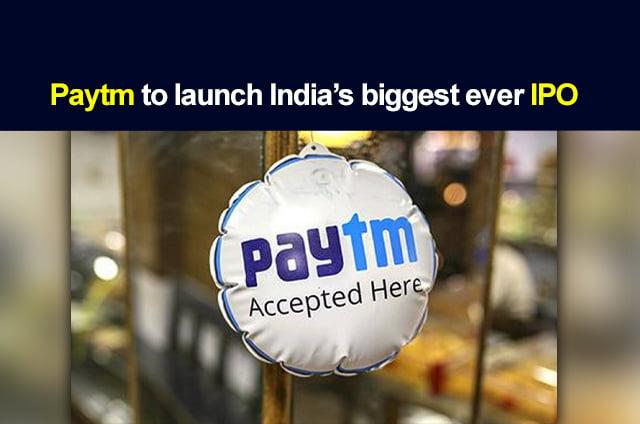 Paytm is soon going to launch its 16,600 crore IPO (Initial Public Offering). According to the reports, the Securities and Exchange Board of India (SEBI), has given a go-ahead to One97 communications, which is the parent company of Paytm, to launch its IPO.

The reports also suggest that it would be the biggest IPO in India’s corporate history. The Indian Express reports that Paytm may list its shares on the BSE and NSE by mid-November. As of now, Coal India had raised the biggest IPO worth Rs. 15,500 crore. It was listed a decade ago in the last quarter of 2010.