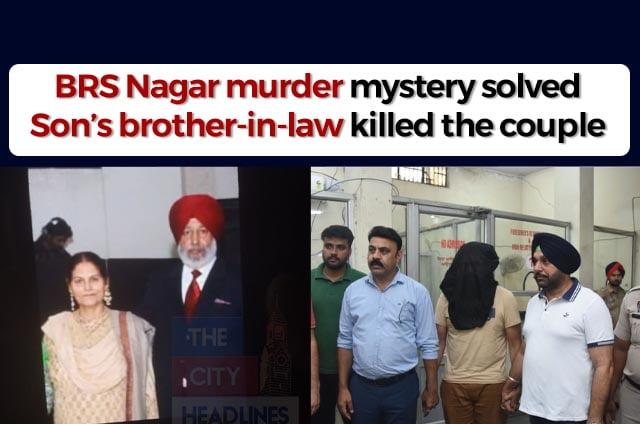 On Wednesday, May 4, a retired Income Tax Officer and his wife were killed at their residence in Bhai Randhir Singh Nagar in Ludhiana. Within two days, the Ludhiana Police Commissionerate solved the case and found the culprit.

The accused has been identified as 36-year-old Charanjit Singh, who was the brother-in-law of the deceased’s younger son. The police informed that Jasdev Singh, a resident of village Gill lives in the United Kingdom.

Sukhdev Singh’s daughter Rupinder Kaur, who lived in Agar Nagar, had filed a complaint with the police. Under section 302 of the IPC, the FIR was registered. Through the CCTV footage, the accused was identified.

According to the police, Charanjit Singh’s sister Sanpreet Kaur was married to deceased Sukhdev Singh’s younger son Jagmohan Singh in the year 2008. Charanjit Singh thought that his sister was upset because of her in-laws and out of revenge, he killed both of them.

He has now been arrested and the police recovered sharp weapons from him with which he committed the crime.

It is to be noted that Charanjit Singh used to live in England and he came to India to kill her sister’s in-laws. He studied B.Tech from Guildhall University in London.

On May 4, he committed the crime and while he was escaping from the residence of the deceased Sukhdev Singh and Gurmeet Kaur, one of their neigbours saw them. He hurled and informed the people in the locality. When they checked the house, they found the couple’s body mutilated.