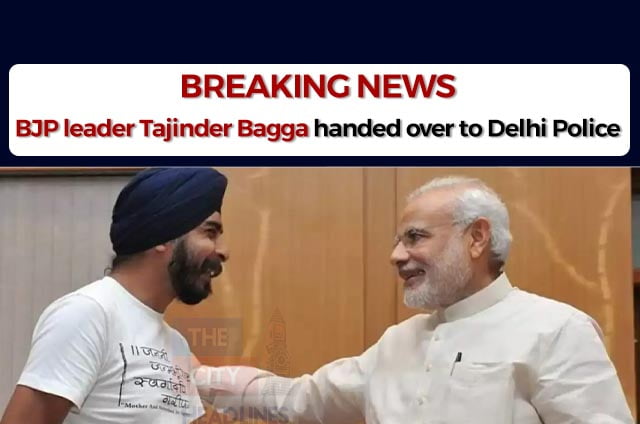 After allegations of abduction against the Punjab Police, BJP leader Tajinder Bagga has now been handed over to the Delhi Police by the Haryana Police.

On Monday morning, Punjab Police arrested Bagga from his Delhi residence over allegations of threatening Delhi CM Arvind Kejriwal. The Punjab Police was taking him to Mohali to produce him in the Mohali court.

However, on the way, Haryana Police stopped the Punjab Policeconvoy for questioning. However, Bagga is being taken to Delhi.

ALSO READ: 4 terror suspects, including one from Ludhiana, arrested from Karnal