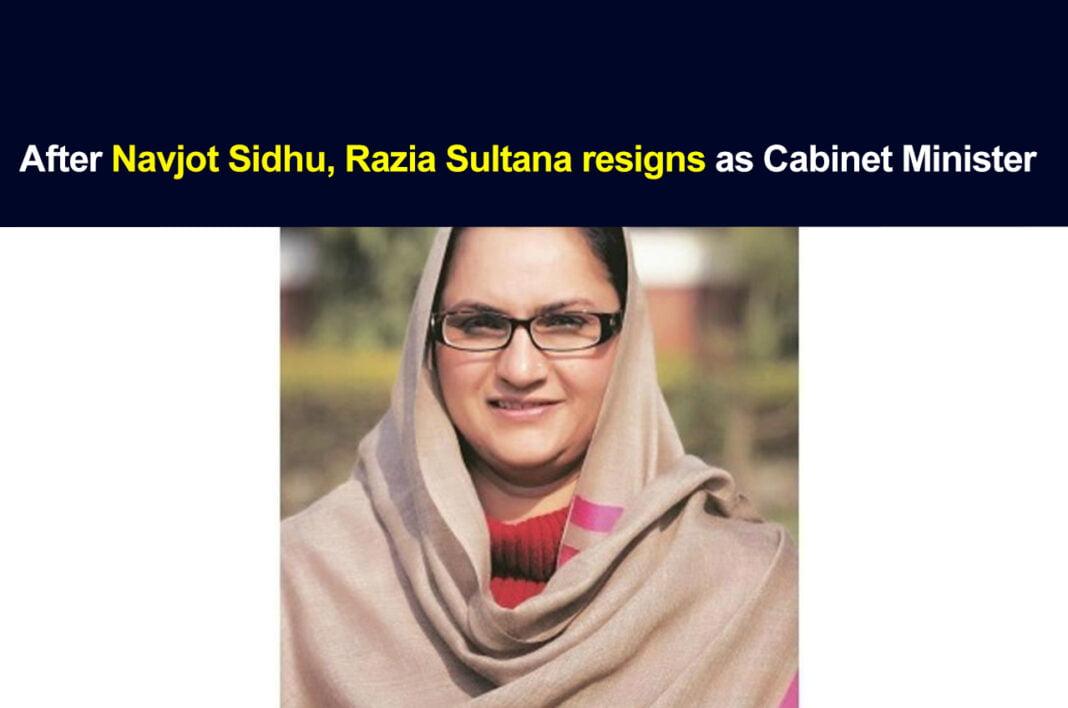 A few hours after Navjot Singh Sidhu’s resignation as Punjab Pradesh Congress Committee Chief, Cabinet Minister Razia Sultana has also resigned from her post from the Cabinet Ministry on September 28.

In the resignation letter, Razia Sultana wrote that she was resigning in “solidarity” with Navjot Singh Sidhu and millions of Congress workers across the state. She also wrote that she would continue to work for the Congress party.

Former Punjab DGP and Razia Sultana’s husband Mohammad Mustafa took to Twitter and informed about Razia’s resignation. He wrote, “So proud of my wife Razia Sultana for her principled decision to resign in the best interest of Congress and its leadership, on particular Rahul Gandhi, our benefactor”

It is to be noted that former DGP Mohammad Mustafa does not have good relations with former Chief Minister Captain Amarinder Singh. When Singh resigned from his post and spoke against Navjot Sidhu, Mustafa took to Twitter and alleged Amarinder Singh of “sleeping” with an ISI agent.