Over 7 crore spent on MLAs, ex-MLAs’ medical bills in Punjab 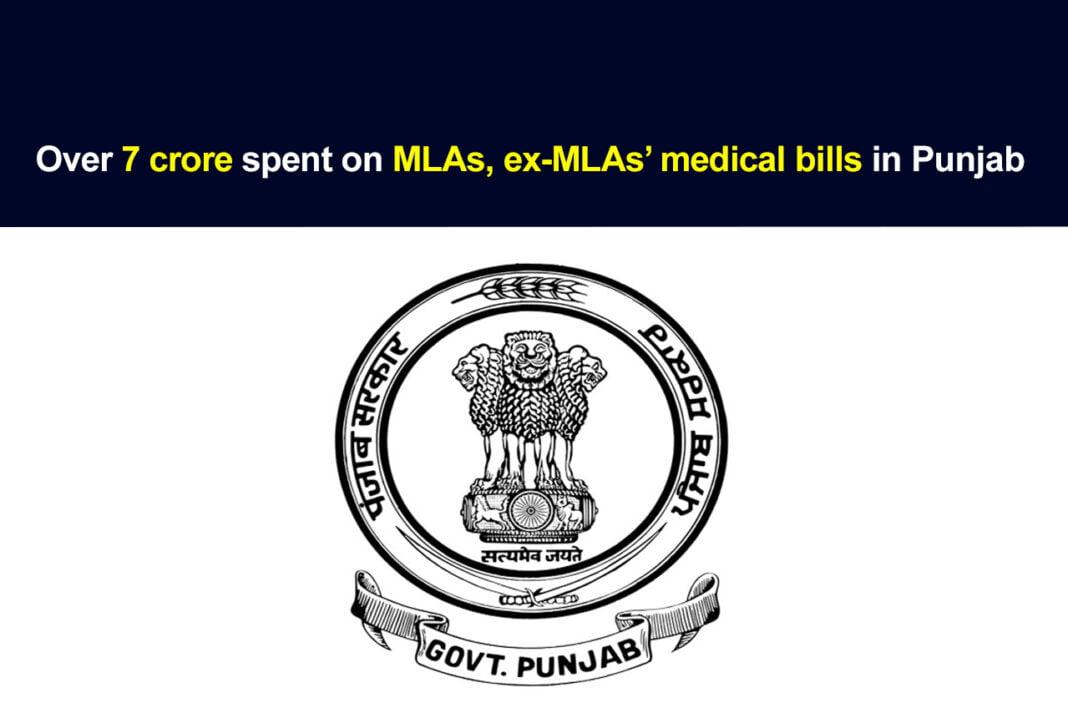 An RTI report filed by RTI activist from Ludhiana, Rohit Sabharwal, has revealed that as many as Rs. 7.09 crore has been spent on the medical bills of ex-MLAs of Punjab in the last four years.

The details secured by Rohit Sabharwal reveals that a total of Rs 8.44 crore has been spent by the state government as medical reimbursement from 2017 to April 2021.

An amount of Rs. 7.09 crore has been spent on Ex-MLAs and Rs. 1.35 crore on the current MLAs. The reports suggest that 268 ex-MLAs and 117 current MLAs were benefitted.

While speaking with The City Headlines, Rohit Sabharwal expressed his shock over the amount being spent. He said, “The government can spend money on MLAs’ health. But they do have any money to upgrade the government hospitals.”