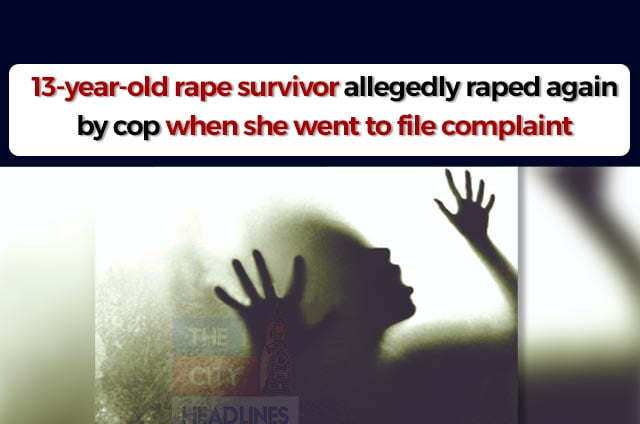 A 13-year-old rape survivor girl was allegedly raped when she went to the police station with her relative to file a complaint. As per the reports, the incident came to light in the Lalitpur district of Uttar Pradesh.

The girl was allegedly gang-raped by four men and when she went to the police station to file the complaint, the station in charge allegedly raped her again.

According to the reports, the accused sho Tilakdhari Saroj has been suspended and a criminal case has also been registered against him.

Tilakdhar is reportedly on a run and the three other accused are arrested. Three police teams are looking for him now.

The girl’s father has reportedly filed a complaint in the station where the accused SHO was in-charge. According to the FIR, four men lured the girl and took him to Bhopal on April 22. They allegedly raped her for four days. After that, the accused reportedly dropped her back in her village near the concerned police station.

The accused SHO then filed a complaint and then handed the girl to her aunt. Further in the FIR, it was written that the girl was once again called to the police station to record her statements. That is when the policeman allegedly took her to a separate room in the station and raped her in the presence of her aunt. The girl’s aunt has also been named as an accused in the FIR.

The police reportedly said that the police officer has been charged for rape and under various sections of POCSO Act.

ALSO READ:  None can be forced to undergo vaccinations