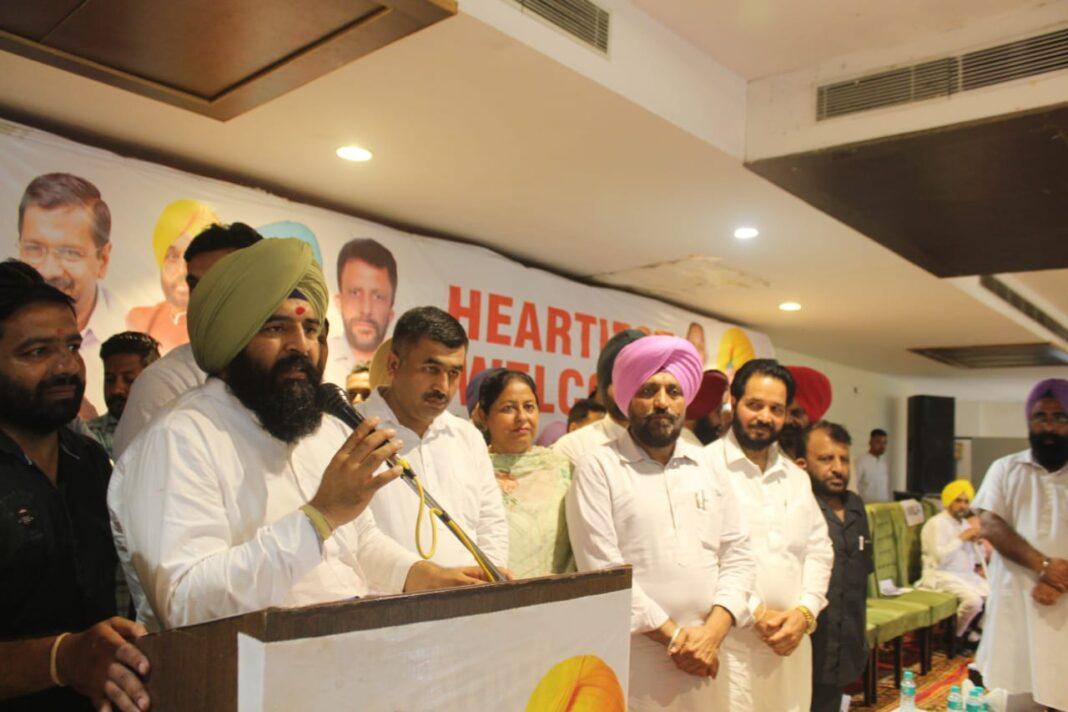 He was in Ludhiana today to preside over an event organized by Gujjar Community at Moti Nagar, here.

Accompanied by MLAs Daljit Singh Grewal, Rajinderpal Kaur Chhina, Hakam Singh Thekedar, Deputy Speaker said that the state government had enhanced budget allocation for both sectors. He said that the 100 schools of excellence and 16 medical colleges were announced in the first budget which showed government’s resolve to improve  education and health services in the Punjab.

Rori stressed that drugs abuse, unemployment and illiteracy were biggest enemies of the society and AAP government would eliminate these social evils. He said that every issue concerning the people of Punjab would be addressed on top priority. On the demand of immediate repair of Mattewara road, he said that he would soon hold meeting with the officials in this regard and action would be taken soon.

He was also honoured by Gujjar Community’s  organization during the event.

Upon his arrival in the district for the first time, he was also accorded guard of honour by Police Commissionerate Ludhiana at the community centre.