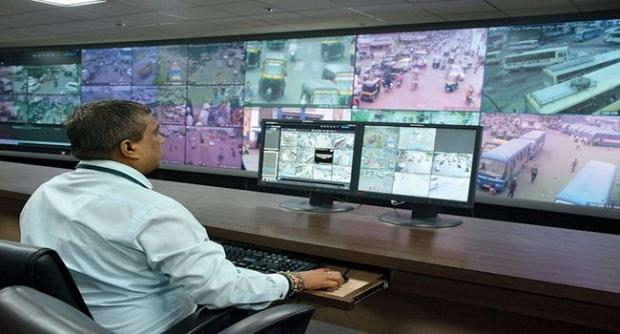 The centre has been set up at a cost of Rs 35.96 crore to comprehensively monitor the city and will operate from MC’s D Zone office in Sarabha Nagar, here. The ICCC will help to oversee traffic, law and order, monitoring of LED lights, STPs, CETPs, rooftop solar panels, encroachments and defacement, revenue collection of Municipal Corporation viz.

He said that 330 more cameras are being installed in the city which will be attached with ICCC. These new cameras will also help to monitor secondary garbage collection points, compactors along Buddha Nullah, stray animals, revenue collection i.e., property tax and water taxes post implementation of UID number plates following the integration with available GIS maps. 30 vehicle mounted camera systems are also being installed on vehicles of police and Municipal Corporation which will help to keep surveillance through live feed during demolition / protests / public gathering / functions in the city.

Nijjar said that 600 external IR illuminators with 200-meter range would also ensure better monitoring even during zero visibility. This will help increase the security situation in the city and we hope people will feel more secure, he added.

The Cabinet Minister also said that this ICCC would bring a sweeping change in the functioning of the civic body and police administration. He said that the ICCC is a revolutionary step that will not only make Ludhiana safe but will also improve delivery of citizen-centric services of MC.

He said that the Bhagwant Mann led Punjab government is committed to develop Ludhiana, an industrial hub of Punjab, as one of the best cities with ultra modern facilities and best infrastructure in the country.

Earlier, the Cabinet Minister planted a tree sapling in MC Zone D office. Later, he also interacted with the MC employees and assured of all possible support.