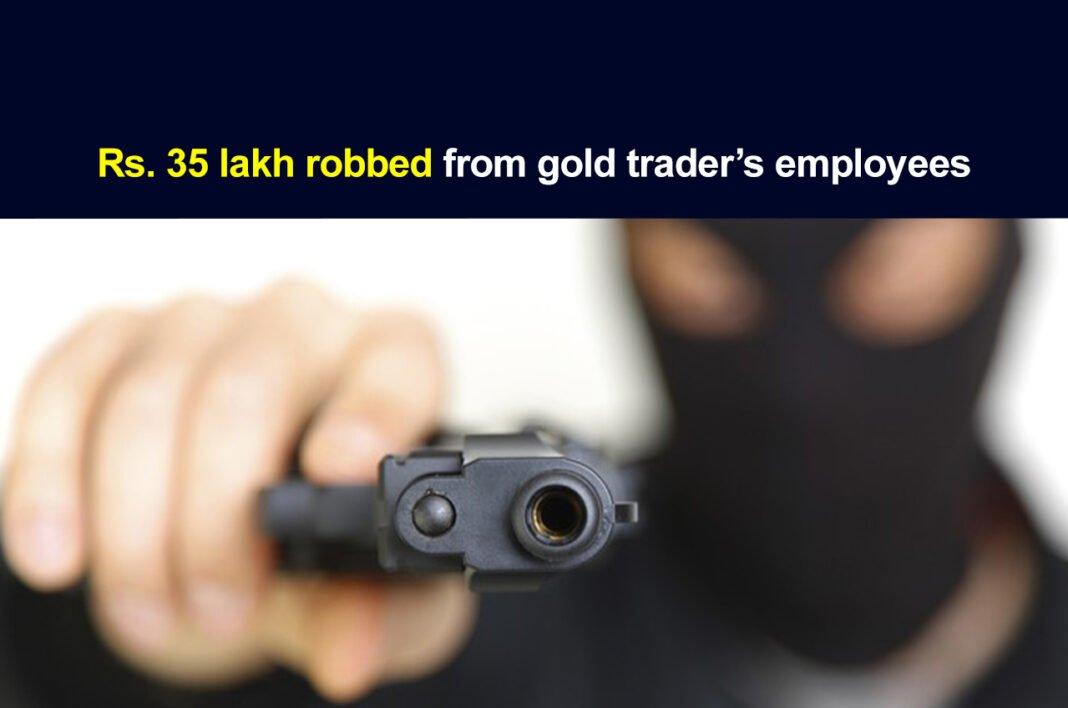 In the Millerganj area on Friday, two bike-borne men robbed cash worth Rs 35 lakh from a gold trader’s employees at gunpoint. The incident happened outside the lift of a complex located a short distance from the outpost Millerganj. Surprisingly, the youth from whom the bag full of money was robbed, also had a licensed weapon.

The victims immediately informed the owner of the company. By the time he came down from the office on the fifth floor, the robbers had fled. After receiving the information, Joint Police Commissioner Rural Dr. Sachin Gupta, DCP Simratpal Singh Dhindsa, ADCP Rupinder Kaur Bhatti, ACP Mandeep Singh, ACP Randhir Singh, SHO of Police Division 6, Inspector Pawan Kumar along with police teams reached the spot.

Police have started the investigation and checked CCTV footage. Deepak, the owner of Shankar Metal Trading Company, informed that his office is on the fifth floor of the Kismat Complex. He used to trade copper earlier, but for the last six months, he was buying and selling gold. He had hired Prince and PSO Gagandeep about seven months ago. Gagandeep had a licensed weapon, that’s why he was hired.

On Friday afternoon, both of them were sent to the market to sell the gold. They came back with cash of Rs 35 lakh. They were near the lift of the building when a young man came and robbed them. One of the robbers was already outside the complex on a bike.

The owner of the company Deepak said that his employee Gagandeep was hired because he had a licensed weapon. However, he did not do anything while he and Price (the other employee) were being robbed.

ACP Randhir Singh said that the CCTV footage was checked and the case is further investigated. The employees who were robbed were also investigated.