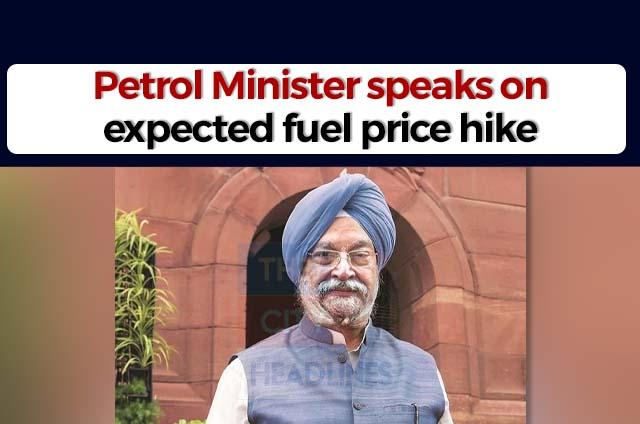 A steep hike in petrol and diesel prices is expected to be witnessed soon. However, the Petroleum Minister has now spoken about the expected price hike. Petroleum Minister Hardeep Puri has said that government will take the decision keeping in mind the interest of the citizens.

In a press conference, Hardeep Puri said, “The oil prices are determined by global price changes. There is a war-like situation in one part of the country. The oil companies will factor that in. We will take the decision in the best interest of the citizens.”

“To say that the government had controlled the oil prices because of elections, would not be correct. We will make sure that our energy requirements are met,” he added.

It is to be noted that the Central government had reduced the excise duty by Rs. 5 per litre on petrol and Rs. 10 per litre on diesel last year. However, some leaders had said it was done because of the elections.