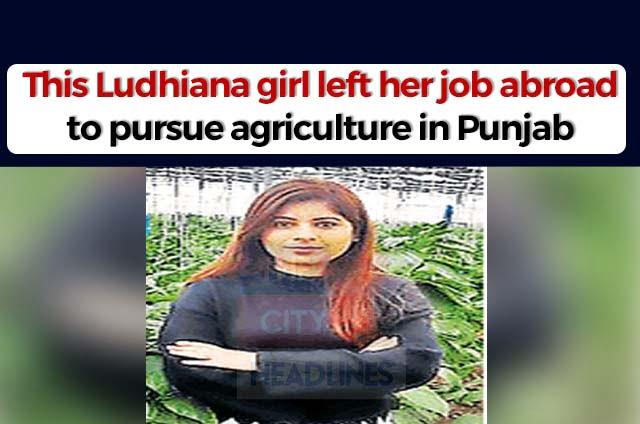 A lot of youngsters from Punjab, especially from Ludhiana, move abroad in search of a better lifestyle and high living standards. A lot of them sell their agricultural land and then go abroad for their studies.

However, this girl from Ludhiana has set an example by leaving her job abroad and choosing the field of agriculture in her own city.

Lovish Arora is into Poly House farming for the last six years. In the year 2010, she pursued her master’s degree in Global Business from the United Kingdom. Later, she was offered a job in a multinational company in the UK. However, she did not find it interesting.

Lovish said that she loved farming from childhood. One day she decided to quit her job and return to India. She got married when she came back to India. After her marriage, she discussed her interest in farming with her in-laws. Lovish started learning poly house farming from Punjab Agriculture University and started farming.

This young entrepreneur from Ludhiana tells that she makes a profit of around 10-12 lakhs every year. Six women work in the fields encourages the youth to pursue their careers in the field of agriculture.