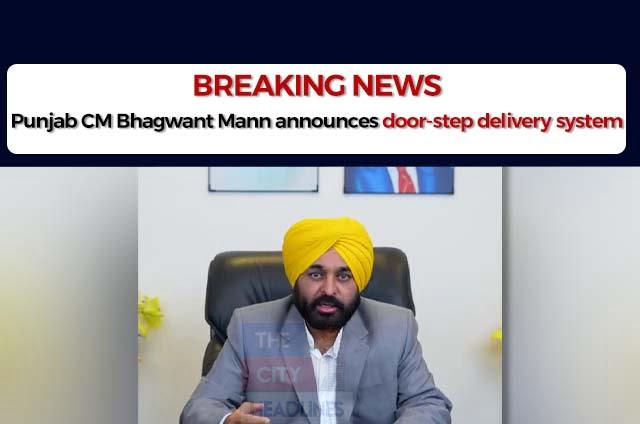 Chief Minister Bhagwant Mann today announced that a door-step delivery ration scheme will be launched in Punjab. He said that dry ration, which is supplied at the government depots, will now be made available to the general public at their doorsteps.

Bhagwant Mann said, “On one side, digitalization is booming and everything is available online. However, it is very sad that people have to stand in long queues for a whole day for the ration.”

Further, he said, “It is very tough for those who are “hand to mouth”. They have to leave their work for the whole day to get ration.”

Bhagwant Mann issued a video message and said that doorstep delivery of ration would be started in Punjab. People won’t have to stand in long queues.

Other than that, he said, “Officers will ask the people when they would be available home. At that time, your ration would be delivered. The scheme would be completely optional and if people want to go to the depot to get ration, they can.”

Bhagwant Mann informed that the scheme was also launched in Delhi, but it was stopped. “We will make this scheme successful in Punjab,” he said.