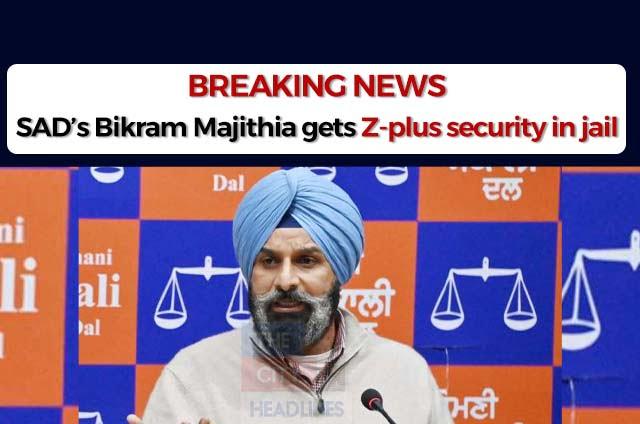 Shiromani Akali Dal’s leader Bikram Majithia, who has been lodged in the Patiala jail, has been given Z-Plus security by the jail administration today.

Punjab Chief Minister Bhagwant Mann on March 20 gave orders to reconstitute the Special Investigation Team in the drug case in which Bikram Majithia has been arrested.

It is to be noted that the Supreme Court had put a stay on Bikram Majithia’s arrest till February 23, because of the Assembly elections. However, it had also asked Majtihia to surrender. After he surrendered, Bikram Majithia was sent to Judicial custody till March 8.