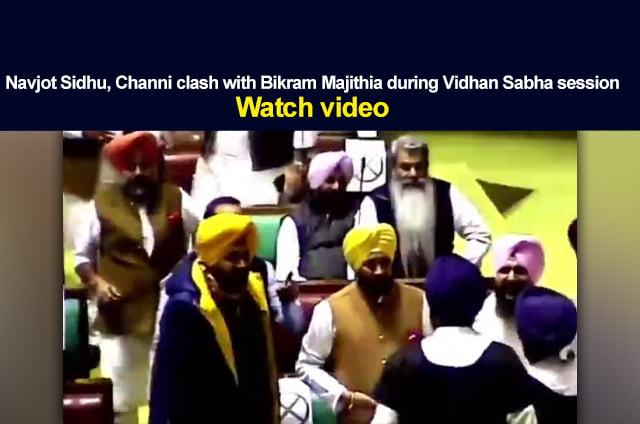 Further, he said, “You are associated with drugs! You are corrupted!”

After that, Majithia, along with other Akali MLAs, comes towards Charanjit Singh Channi. Reacting to this, Navjot Singh Sidhu moves forward and asks Majithia to step back. Also, Sidhu calls Majithia “Chor” (a thief).