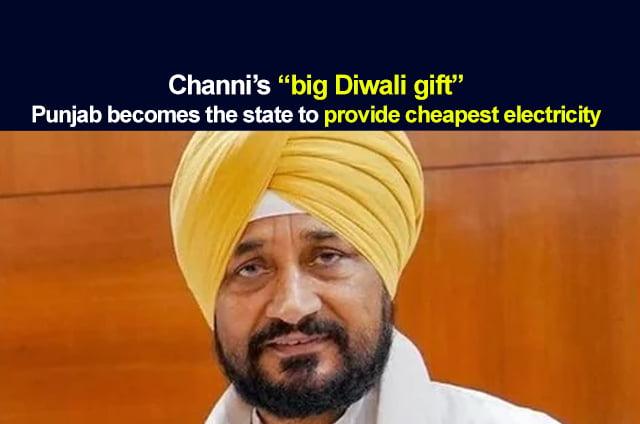 Punjab Chief Minister Charanjit Singh Channi on Monday announced to reduce the electricity price in the state by Rs. 3.

This means that in each slab, Rs. 3 has been deducted. He also clarified that the reduction in the electricity prices was for the residential connections, not the commercial ones.

Chief Minister also informed that this decision will put a burden of Rs. 3,316 crore on the state exchequer.

It is to be noted that Punjab has now become the state to provide the cheapest electricity to domestic users in India. The move has just come a month before the 2022 Assembly Polls and Channi has stated the decision as a “Big Diwali gift”.