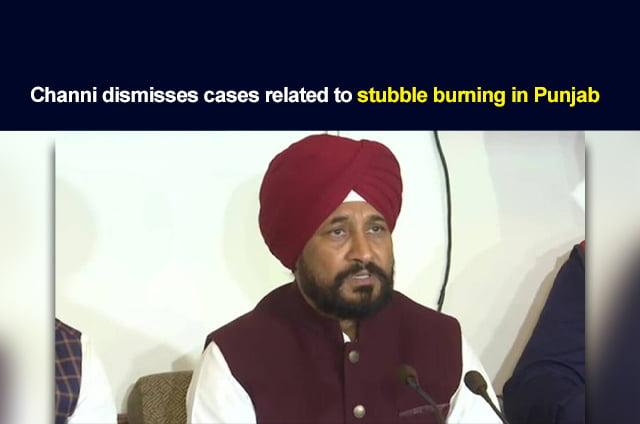 Chief Minister Charanjit Singh Channi on Wednesday met 32 farm union leaders. After the meeting, Punjab Chief Minister said that the state government has accepted all the demands of the farm leaders.

He said that the farmers will get an amount of Rs. 17,000 instead of Rs. 12,000 per acre for the losses of their crops. Other than that, the cotton-picking farm labours will also get 10 percent more than earlier.

Further, Channi informed that the kins of those who lost their lives during farmers’ protest, will get jobs and compensation. Other than that, all the cases registered against farmers during the protests were also dismissed. Also, giving a big relief to the farmers of Punjab, Charanjit Singh Channi said that all the cases related to stubble burning have also been dismissed.

Channi also said that for the first time, the farm leaders said that they were satisfied with the meeting.