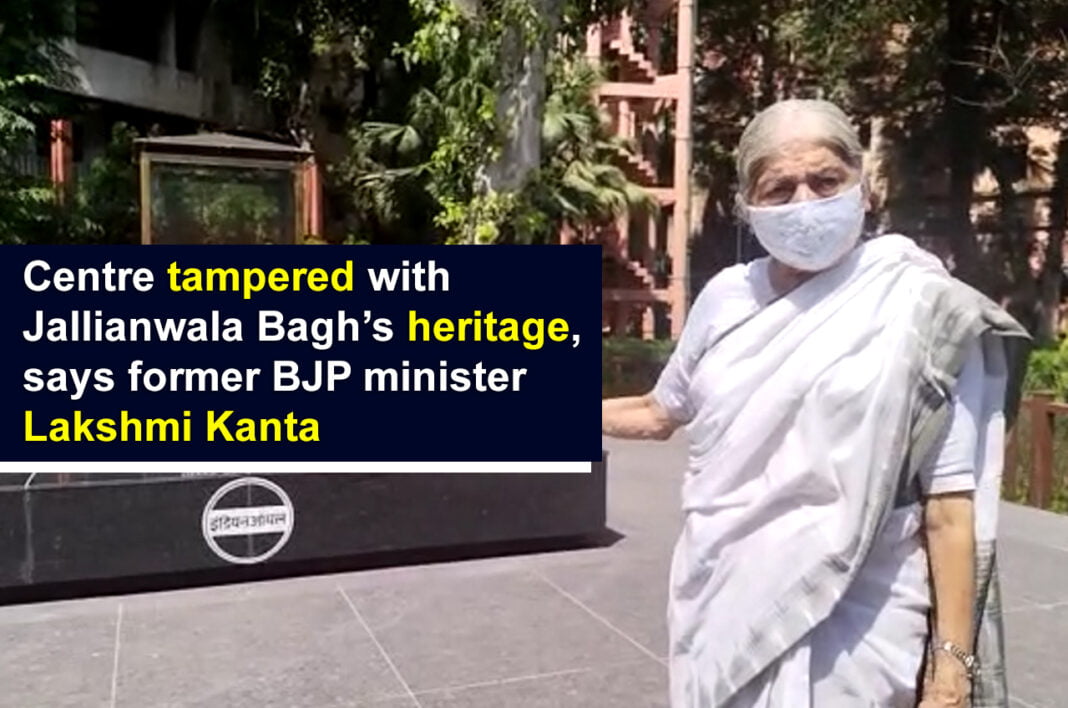 Former cabinet minister and senior BJP leader Lakshmi Kanta Chawla visited Jallianwala Bagh on Monday, September 13. On the renovation of the Bagh, she reportedly said that it was an act of “tampering with heritage in the name of modernisation”. She said that the central government has tampered with the history of Jallianwala Bagh.

“For the last one and a half years, the premises were closed and it was told that renovation work was being carried out. The ‘martyr well’ has lost its identification and the new exit gate is also mismatched with the history,” she said.

She also pointed out the e-ticketing machines installed. She said that these machines were a sign that a paid entrance to the Bagh was next to be introduced. Further, she said that the Amar Jyoti had been shifted to the place where there were toilets.